You are here: Home / Archives for lgbt fundraising

I am extremely pleased to announce that we have reached our fundraisng goal of $1000 for homeless kids in Atlanta.

We’ll be continuing our fundraising efforts and you can still donate to either of the groups below.

Thanks to everyone that supported our efforts!

This month, Lost-n-Found was informed of the death of a young man who approached them for help, and then left the program because he didn’t think he could stop doing drugs. I don’t work directly with the LnF board, or any of the volunteers. I’m just one of those spreading the news about the work they do. But I know personally how something like this hits you. Hard and below the belt.  END_OF_DOCUMENT_TOKEN_TO_BE_REPLACED

Last year Lost-n-Found shared a video of a ‘squat’ for homeless lgbt youth. People seemed shocked at how these kids lived and even more shocked at what they had to do to survive. One year later Lost-n-Found returned to the squat to see what had changed for these kids. As you can see from the video, not too much has changed despite the heroic efforts of LnF.  Is it because they haven’t tried? No. If anything, the volunteers are more dedicated, more active, and pushing harder to make changes.

And still the number of homeless lgbt kids has increased. The revised estimate for 2013 is that there are approximately 750 homeless LGBT children on the streets of Atlanta.  62% of these kids will attempt suicide.  When you wake up to this every day, is there any doubt as to why that number is so high?

You can Donate here or at the Lost-n-Found website

I am VERY happy to announce that we have reached and exceeded our first small fundraising goal for Lost-n-Found. Our goal was $466 by the end of July. That’s two weeks worth of food, shelter and transportation for a homeless LGBT kid. We exceeded that amount by $100 thanks to YOU. END_OF_DOCUMENT_TOKEN_TO_BE_REPLACED

My friend and fellow author Elin Gregory and I share passions, LGBT youth and history. And while I don’t write historical fiction, she does it wonderfully. ~B. 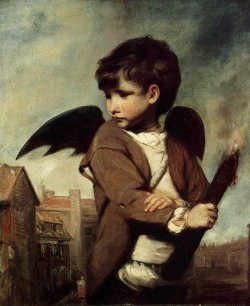 Many thanks, Brandon, for agreeing to host me on your blog.

One of the big problems for an historical novelist is how much information to dump into your text.  Whatever makes it into the final version has no business being there if it doesn’t move the story along, so sometimes hard decisions have to be made. One of the hardest decisions for me, while writing On a Lee Shore, was to cut out a lot of the text involving a very minor character – Will, the link boy. END_OF_DOCUMENT_TOKEN_TO_BE_REPLACED