You are here: Home / Books / The Love of Wicked Men

Get the complete box set from

Or grab the paperback. 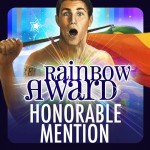 Five SMOKING Stars! Kept me on the edge of the sofa, flicking the next button as fast as I could.
– Foxylutely Books

All I can say is WOW!!
– Gay Media Reviews

Hot, sexy, mysterious. It throws out surprises at every turn. Highly recommended.
– On Top Down Under Book Reviews

My mind was blown. Loved the book, and the surprises it threw at me.
– Rainbow Gold Reviews

Could not stop reading. I was just plain hooked. Simple as that.
– Multitasking Mommas Reviews

Amazing! This really was a ride and I loved every second of it.
– Diverse Reader Reviews

Sid begins to formulate a strategy to destroy the Phillips Marn legal firm, while Jack tries to figure out how to insert himself into Sid’s life. But outside forces are watching both men closely, just waiting for them to take the bait. Will they? Or will Sid’s lust for power and Jack’s quest for revenge thwart such carefully laid plans and push them apart?

Sid Rivers begins his attack on Phillips Marn Law. He has set his associates in motion and pits his wits against one of the greatest legal minds in the South.  Jack Brown is still a mystery man, but as his cover begins to unravel, new players come into the game, and they’re about to change everything.

With Jack Brown’s cover completely blown, it’s time for Jack to reel Sid Rivers in, even if he has to break the man to do it. Jeffery Marn knows his firm is under attack. Client’s are leaving, his private files are in play, and his senior partners have become targets throughout the South. But he’s not going down without a fight. He’ll go to any lengths to make sure he survives.

Sid Rivers is now in the hands of an enemy. Jack Brown must decide how much he’s willing to let Sid suffer while he and his crew continue to hunt for his elusive prey. Larry thinks it’s time to make his move and take the firm, while Jeffery Marn decides to show all of them how he became a master of the legal game.

Unforeseen events and revelations have put Jack and Sid back in harm’s way. Is Jack going to get his revenge? Is Sid going make it out alive? Will common enemies force these two together or rip them apart forever? Find out in the Season One finale!