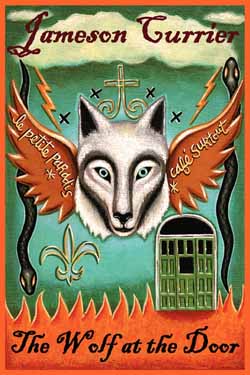 The Wolf at the Door, my novel set in a haunted gay-owned guesthouse in the French Quarter of New Orleans, was begun in 2003, after several visits to New Orleans, including participating in the annual Saints and Sinners Literary Festival and taking innumerable walking tours throughout the French Quarter, Garden District, and local cemeteries. At the time I started writing the novel I was also writing several ghost short stories, all with gay characters, gay situations or gay themes. I read more than 1,000 ghost stories to understand the craft, technique, and style of literary ghost stories and to sharpen the themes I wanted to present in my own. What I liked about New Orleans was its rich sense of history in its everyday life. I finished my final draft of the novel on Sunday, August 28, 2005, the evening before Hurricane Katrina landed ashore in Louisiana. It was apparent to me in the ensuing days that this would be a manuscript that I would have to put aside because of the unfolding tragedy and aftermath of the hurricane. I continued to work on other ghost stories set in difference locales and these stories were collected as The Haunted Heart and Other Tales. By 2010, when I launched Chelsea Station Editions, a small press devoted to gay literature, New Orleans was back on its feet and I decided the first book the new press would publish would be The Wolf at the Door. END_OF_DOCUMENT_TOKEN_TO_BE_REPLACED 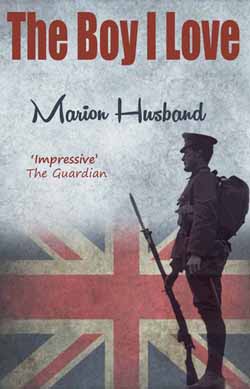 Because that’s the thing, isn’t it?  What to write about.  I think so many books are written about murder because it’s the only thing that many writers can think of that’s interesting enough.  Death and trauma are interesting – we rubber neck when we pass a car accident, we don’t watch Mr Smith parallel park his Honda Civic (although we might if he was bad at parking and in danger of smashing that Jaguar’s headlight – this would be comedy, I suppose).  I knew I didn’t have it in me to write a crime novel, but I was in love with this character I had thought up, Paul Harris, and I really, really wanted to write about him and how he survived the First World War.  So, here is Paul in his lieutenant’s uniform and he is very handsome and troubled and he wants only to be left in peace – but that peace has to be disrupted – disruption is drama – as Henry de Montherlant said, happiness writes white.  Peace and contentment?  No story.  Peace and contentment might be the ending of the story, but Paul has to go on a journey to reach that happy-ever-after. END_OF_DOCUMENT_TOKEN_TO_BE_REPLACED 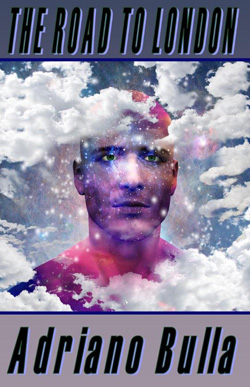 When I started writing The Road to London, in the very same gay club mentioned in the novel, I was blessed with having no idea about what I was writing: while dancing away, words just started coming to me… I say blessed, because that may have felt like a rather daunting and, at times, ‘spooky’ experience, not knowing where you are going with a story, having no clue about what will happen to the characters and not having a ‘plan’ for her did not give me any control over her birth, on the other hand it gave me the freedom to follow the novel and not force her to fit in with my intentions. The Road to London wanted her freedom from the start. END_OF_DOCUMENT_TOKEN_TO_BE_REPLACED 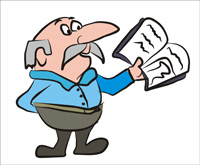 In between going to the Rainbow Con, traveling and business, I had a chance to sit down with Julie Bozza and talk about the writing process, reader reactions, and tropes. You might be a little surprised with my answers. Join in our conversation and let us know what you think. 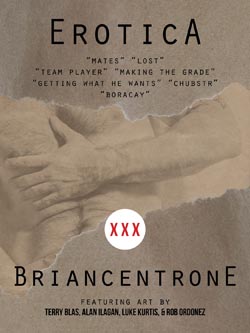 The truth is that some believe erotica is cheap. They dismiss it with other genre writing like Sci Fi or Romance. Many see these types of stories as inferior to scholarly or academic works. I disagree. I won’t argue that some erotica is pure smut, merely words to get off by, but not all, and certainly not mine. I believe that there is such a thing as “literary erotica,” and I consider my work to fall into that category. Why? Because I write erotic stories the way I write any fiction. I use the building blocks of literature to craft and develop tales which seek for more than just to lube a reader up. My stories aren’t about sex. They feature sex, yes, and prominently—that’s the nature of erotica—but they are always about something more: love, relationships, self-discovery. END_OF_DOCUMENT_TOKEN_TO_BE_REPLACED

I was a boy of twelve the summer I looked out my bedroom window and saw my father standing in the front yard and my friend, who lived across the street, come toward him in a staggering walk that made me think he was going to fall with each step. My friend was a sixty-something bachelor, and many an afternoon I’d sat in his kitchen drinking lemonade and listening to him tell stories from his boyhood that always made me laugh. Finally, swaying on unsure feet, my friend stood before my father. “George,” he said in a drunken slur, “I want you to know I love that boy of yours. He’s the sweetest, nicest…” I didn’t hear the rest because I’d ducked down and covered my ears and said aloud, “Those are the wrong things to say to my dad!” I knew my friend was making a terrible mistake by the way my father had tucked his chin to his chest, the signal he was not pleased. In a short while the door to my bedroom opened, and I didn’t look, pretending to be searching for something in my desk. My father said, “No more going over to his house.” I remember all too well the squeezing in my chest, and, when I didn’t respond, I remember the way my father raised his voice to say, “Did you hear me?” It was then that I uttered one of the most painful words I’ve ever uttered. “Yes,” I said. END_OF_DOCUMENT_TOKEN_TO_BE_REPLACED