You are here: Home / Archives for Queer Film 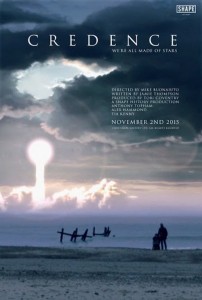 Because I can so relate…

David’s turning 50 and having a Mid-life Crisis! Along with relationship issues and career problems, he must come to terms with aging, and that his life hasn’t gone how he expected it to. He realizes that he only has about 35 years left, and struggles to answer questions about his life, if he’s made the right choices, where did he go wrong… what will he do with the rest of his life?

Fate takes a turn when he unexpectedly meets a 15-year younger man who shows him that age does not matter, and that maybe his future happiness is right in front of him.

Best Day Ever is based on writer/director Jeff London and writer/producer James Steven Handshoe’s true life events. How Jeff still being single at age 49, and the anxiety of turning 50, brought him to a place of realization about his choices along the way. If he had made one minor change along his life’s road, he would have never met the love of his life.
Available now on DVD & Streaming at: radioactivecactus.com

Winner of audience awards in film festivals all over the world, “Barbie Boy” is the recipient of the Alfred C. Kinsey Award for its major contribution to the discussion of gender. I’m sure you’ll enjoy this one.

A college kid struggling to find the courage to be who he really is.