You are here: Home / Gay Fiction / LGBT Authors Coming Together for a Cause 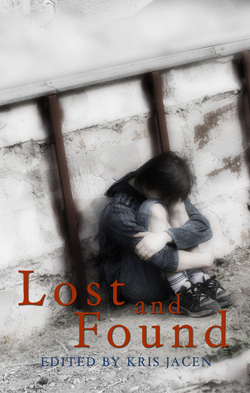 It is a given that my blog is always open to authors who give back to the LGBT community, so it is a wonderful surprise when I come across a press and an entire group of authors who are as passionate about LGBT youth homelessness as I am. That they randomly chose one of the same charities that I donate to was well… Let’s just say I could use a lot of very positive emoticons here to display how happy I was. ~B.

Hi, I’m Kris Jacen, the Executive Editor for ManLoveRomance Press (gay romance/mystery/paranormals) and its two imprints, Passion in Print Press (traditional romance) and Featherweight Press (Young Adult and children’s stories). I’m also a mama. I have two beautiful daughters that, although they can try my patience, I can say that I love unconditionally. It won’t matter to me one wit if at some point one of them tells me that they love another girl or even if they think they maybe should have been a boy. They have brought immeasurable joy and love into mine and my husband’s lives. So I think it was the “mama” in me that reacted first when I was approached about LOST AND FOUND.

DH Starr emailed me in October of 2012. He wanted to know if Featherweight (and me) would take on a special project. A group of authors were working on an anthology based on an idea from Michele Montgomery. She had seen a picture with text overlaid that said “40% of all homeless teens are GLBT”. That their families had abandoned them for who they were and/or who they loved. All the authors (there are ten of them) wanted to donate their royalties to a charity that works with these teens.

Once we were close to being finished with edits, we had to find a charity. So off I went to research some charities. I was pleasantly surprised to find one with almost the same name that we were using for the anthology—Lost-n-Found Youth based in Atlanta.

After trying for a few days, I was able to speak with one of their board members. From that conversation, I knew it was the right organization for the donation. Why? For full disclosure I told him about Featherweight being a branch of MLR and here’s where fate came in. He told me that just the day before they had gotten a call from a teen who, while on vacation with his family, they found a gay romance on his eReader and just left him on the side of the road. The mama in me went on high alert thinking of all the bad things that could have happened to this teen (L-n-F was able to contact a local PFLAG group to help him).

The authors (DH Starr, Dakota Chase, Jeff Erno, Caitlin Ricci, Tom Webb, DC Juris, Tabatha Heart, MF Kays, Michele L. Montgomery and Diane Adams) and I know all the funds that we are able to generate with the sales of the anthology (and the knowledge about L-n-F) will go to good use. That L-n-F will pass on our message to the teens that they help. Our message – THEY MATTER!

Some statistics say that 40% of all homeless teens are GLBT. They’re on the streets after their families have thrown them away, told them that they don’t matter, that they’re not normal. Well, guess what? Those families are wrong. This collection of stories by ten talented authors spans the spectrum (historical, paranormal, transgender, cutter, gay) to show that – it’s okay, there are people out there that care, and these teens are perfect just the way they are.

All royalties from this anthology are being donated to Lost-n-Found Youth in Atlanta, Georgia. A wonderful charity working with these teens, helping them find their new place and get on their feet.

See other LGBT Authors who are also donating to nonprofits.