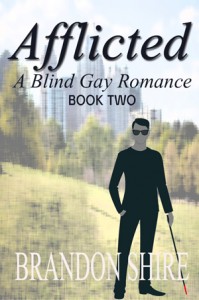 Book 2 in the Afflicted Series: A Blind Gay Romance