Purchase these titles from Amazon, Smashwords, Kobo, iTunes or Nook 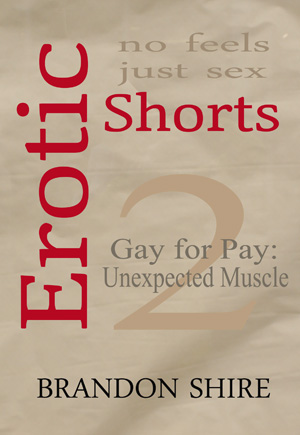 There are a lot of twinks in Gay for Pay, but what happens when a needy cash-strapped young man walks into the studio and finds two burly gay bears getting ready to frolic?
Heath Piedmont steps into the studio believing he’s going to be set up with a couple of hot, slim twinks. But instead, Brandon has set him up with two hot, muscular, and very masculine daddy types. Heath doesn’t know whether he should run or rip his clothes off and bend over the couch. 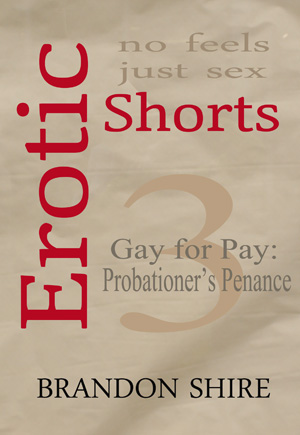 Sometimes discipline is required. Sometimes it is requested.
Nineteen-year-old Sebastian Marks was down on his luck. When he wandered into the Gay for Pay studio, it didn’t take him long to divulge his fantasy of being disciplined by his probation officer.

Some men think they know what they want until they actually get it. And then, it’s much more than they expected.

Sean is no virgin, but he enjoys acting like one. At twenty-two, he’s had plenty of men and has much to confess. When he spies the hunky new priest at the local church, one of his darkest fantasies comes to mind and he begins to act on it.

But Sean doesn’t realize that Father Edwards is the epitome of what queer boys like him only dream about.