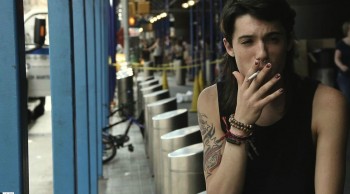 Prince & Ekaj is a story about two gay Latino teenagers who are completely different from each other. One is a runaway teenager, and the other is a self-taught street hustler who spends his time wandering the streets of NYC at night looking for ways to make money. They both meet by chance and end up realizing that they depend on one another more than they think in a city that is full of crime, drugs, prostitution, and of course, hope.

Their story is not an easy one, but then surviving on the street as a gay teen isn’t easy either.

I featured the producers of this film on my blog some months back, and then brought it up again when one of the young actors was beaten and robbed in real life. The film is in the last two & a half weeks of filming and has a fundraiser event in NYC on Oct 25th and you can be a part of this monumental work of art.  Space is limited to 75 guests. Register