You are here: Home / Gay Fiction / Were LGBTQs Ever Fully Equal to Other Humans?

Ron Fritsch stopped by with a question. His book, Promised Valley Rebellion was selected by readers as A 2014 LGBT Book Gem. ~ B.

Historians seem to have found LGBTQs almost everywhere they’ve looked. When public figures such as the former president of Iran claim LGBTQs don’t appear in their part of the world, the overwhelming response is ridicule. 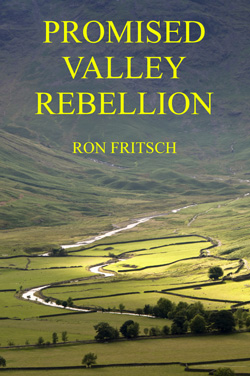 But can we find a time when and a place where LGBTQs were fully equal to the other humans they lived with? In the Western world we often look to ancient Greece and Rome for acceptance of LGBTQs. But when we confront the details, we find something other than acceptance and equality.

The Greeks favored men having sex with adolescent boys. When the boy grew up, the relationship was supposed to end (although it might’ve continued behind closed doors). The Romans approved free male citizens having sex with slaves, prostitutes, or other males having no social standing. Clearly, neither the Greece nor the Rome of antiquity is the LGBTQ utopia we’re looking for.

But history only began with the use of writing. That happened within the last ten thousand years. History is therefore a mostly sparse record of the doings of humans such as ourselvesfor less than five per cent of the 200,000 years of our existence.

Nothing stops us, though, from looking for our utopia in prehistory. When we do, we don’t search for it in written documents. None, by definition, exists. Without other physical evidence, only our imagination, kept in bound by reason and what we can presume to know from our brief and murky human history, guides us.

Billions of planets orbit stars in the universe. Only a tiny fraction of them need to be earthlike in their composition and distance from their star for us to legitimately imagine intelligent life might exist on at least one of those worlds.

I think we can also imagine some LGBTQs enjoyed true equality and acceptance.

LGBTQs could be valuable individuals in a prehistoric society simply because they didn’t have children of their own to raise. Nowadays, raising children is an option for many LGBTQs. Even in the recent past, though, it was far more problematic.

LGBTQs could care for the children of relatives who died or became disabled. For that reason alone an extended family or tribe might welcome a young person’s decision that her or his sexuality wouldn’t be garden-variety.

Additionally, a prehistoric society, lacking books or the Internet, would highly value those members who could commit to memory, and pass down to succeeding generations, the stories of their ancestors and gods. All the people could expect to hear the stories told and retold during their lives, but only some people would have the time to memorize them. Childless LGBTQs would be likely candidates for this task.

A group of individuals who knew those stories would also have word-for-word knowledge of the traditional laws and religious beliefs of their society. Such persons would be judges or priests—or both at the same time.

Those individuals would also memorize useful information. For example, when the sun rises, or sets, behind a strategically placed standing stone, monsoons will come, or killing frosts will begin, or waterfowl will return. These persons, knowing what they knew, would be able to predict the future. They would be the builders and keepers of their society’s Stonehenge.

A prehistoric society would also need to remember how previous generations fought and won, or lost, battles. Those who memorized the crucial facts would be in the best position to lead the warriors in battles to come. They would be the officer corps. Prehistoric peoples might’ve found it utterly senseless to exclude LGBTQs from their armies.

I think we can legitimately imagine the existence of more than one time and place of acceptance and equality for LGBTQs.

Is it also possible only some unfortunate historical humans have known anything else? 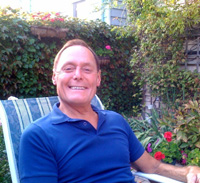 Ron Fritsch lives in Chicago with his partner, David Darling. There he writes novels and tends his garden. Ron is the author of an epic four-book series of novels set in prehistory: Promised Valley Rebellion, Promised Valley War, Promised Valley Conspiracy, and Promised Valley Peace. His protagonist and a number of his other major characters are gay and lesbian. Ron’s website for the series is www.promisedvalley.com. He also tries to keep his Amazon author page up to date.