You are here: Home / Author Interviews / The Old Ball and Chain 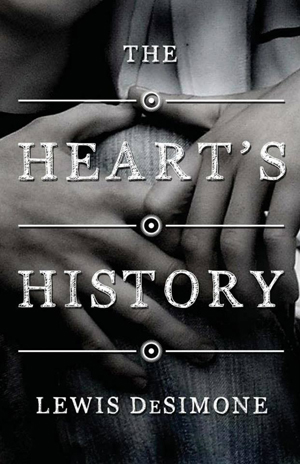 That’s what happened with The Heart’s History.  It was the late 80s, and I was fresh out of the closet.  I was working at a publishing company, and one of my colleagues was a gay man in his thirties.  I didn’t know him well.  I wasn’t even sure he was gay until I learned he had a lover, and that his lover had died of AIDS.  Several of us from the office went to the memorial service.  It was the first time I’d ever attended a service for someone who wasn’t a relative, let alone someone I’d never met.

Actually, I was surrounded by people I didn’t know, all talking about someone else who would forever be a stranger to me.  Patrick’s lover was a complete mystery.  I could only piece him together based on what other people said.  I could only imagine the man he must have been.

In that moment, the story came to me.  To some degree, I realized, we are all strangers.  We have a tendency to show different people different parts of ourselves.  No one gets a complete, fully formed picture of anyone.

Soon after the service, I began a story about survivors—the friends and lovers of a man who had died of AIDS.  The first overtly gay story I’d ever written, it was the piece that gave me my voice as a writer.  A year or so later, I started a master’s program in creative writing, and the story grew into a novel that became my thesis.

By the end of the program, I had already lived with The Heart’s History for 3 years.  When I signed with an agent, I thought I was done.

My agent sent the manuscript to a few publishers, all of whom politely declined.  Soon thereafter, the agent disappeared (as, I’ve been told, they are wont to do), and I turned my attention to other things.

Over the next several years, while working full-time and trying to build a social life, I published a number of short stories and even another novel, Chemistry.  But like a first love you can’t shake, The Heart’s History stayed in the back of my mind (not to mention a folder on my computer that haunted me every time I started another project).  It begged to be given a second chance.

Finally, after years of avoiding the story, I could no longer resist.  But by then, the world had changed.  We were now well into the new millennium:  HIV was no longer an automatic death sentence, and marriage was in the air.  The change in historical circumstances necessitated a change in the plot of the book.  Rather than a story about AIDS—a story that, by then, had already been told many times—it became something broader.  It grew into an examination of how the gay world had evolved (or devolved, in the view of some of the characters), a story about the conflict between rebellion and assimilation—the price we pay for acceptance by mainstream culture.

As I sat down to finish The Heart’s History in its new incarnation, I saw how much it had gained from the years in which I had left it to simmer while I pursued other things.  It wasn’t the same story I had originally conceived.  Like a marriage or a bottle of wine, it had deepened with age.

I know someone who claims to write an entire novel in two months.  In some ways I envy him.  I don’t think I write particularly slowly.  The truth is that, when I’m in the zone, it comes pretty quickly—and revision, which most writers seem to hate, is my favorite part.  The problem is that I simply don’t have enough time to write.  Maybe if I didn’t have a full-time job that eats my days and half my soul, I tell myself.  Maybe if I had the nerve to live in the proverbial garret and deny myself the material comforts that said job affords.

But in the end, there’s great value in letting a story percolate.  When I’ve finished a draft, I will set it aside and turn to other projects—not because I’m tired of it, but because I know it needs time.  When I get back to it, I can see the story more objectively, and I can invest it with whatever I’ve learned in the interim.

A novel, after all, is about time.  And time always helps.

The danger is the temptation to hold on too long.  No book is ever “finished” in the sense of achieving perfection.  There’s always something else you can do—a phrase that could be recast, an image that could elucidate a feeling better, a character who could be tweaked or given more space on the page.  At some point, though, enough has to be enough:  you have to close the laptop, pull the plug, and hope for the best.  You have to let it go, and make room for the next one.

I’m working on the next one right now, and every time I think it’s done, something else occurs to me.  It’s time to let go.  Stay tuned. 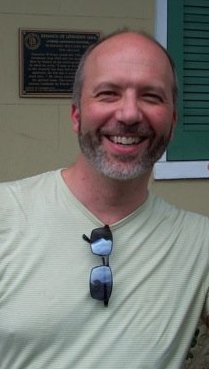 Lewis DeSimone is the author of the novels Chemistry and The Heart’s History.  His work has appeared in Jonathan, Chelsea Station, Christopher Street, Ganymede, James White Review, Harrington Gay Men’s Fiction Quarterly, and a number of anthologies, including The Other Man, With: New Gay Fiction, Best Gay Romance 2014, Second Person Queer, Best Gay Stories 2010, Best Gay Love Stories: Summer Flings, I Like It Like That: True Tales of Gay Male Desire, and My Diva: 65 Gay Men on the Women Who Inspire Them.  He blogs regularly at SexAndTheSissy.wordpress.com and can be reached through his Web site, www.lewisdesimone.com.  He lives in San Francisco, where he is working on his next novel.