You are here: Home / Gay Fiction / Incidental Sexuality in Literature 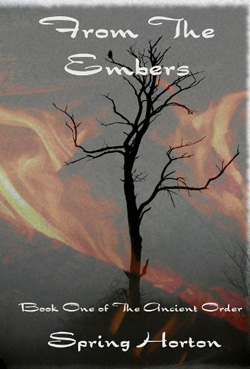 I wanted to write this guest post to discuss the future of LGBT characters in literature. I have to admit that we’ve come a long way; much further in books than in film and television. The explosion of new queer characters is amazing, especially in the male/male romance genre. And not only are droves of books being written, they also seem to be selling well, if Amazon sales rank is any indication. Now, there’s definitely nothing wrong with a good male/male romance (I’m currently working on one myself) and there’s nothing wrong with books that center around a character’s sexuality. I just wonder if we aren’t lacking in LGBT characters in mainstream books though. In almost every genre the characters are assumed, by default, to be heterosexual unless deemed otherwise at some point in the story.

What if they weren’t though? What if you could write a fast paced action novel with cops or spies and instead of the guy getting the girl at the end, he gets the other guy? Or what about an epic sci-fi novel where the main characters are space husbands? Or what if there was no love story at all and the character just happened to be gay or bisexual or transsexual, just like millions of characters throughout history just happened to be straight?

I started a project like this myself; a post-apocalyptic series called The Ancient Order. When I started book one, From The Embers, I had nothing but two characters, with no idea where the story would go. But I knew these two characters would be gay. As I kept writing, I added more characters; one asexual and three who never even bothered to identify even though they were, in fact, gay, bisexual and heterosexual. And yes, I did throw in relationships and steamy moments because I like to pair people up, not because it was central to the storyline.

I’m now working on the second book in this series and hope to see more writers doing the same. I think it would be good for this idea to branch out into Young Adult fiction as well. There have been some great books about identity and coming out, but I’d like to see some coming of age stories where the character’s sexuality is a given and either not dwelled upon or only brought up in terms of a relationship. I would really like to see an epic, coming of age fantasy like Harry Potter written with LGBT characters. And, of course, if it’s already been done then please direct me to it. I know there are writers out there doing just what I’ve suggested.

I’m not advocating that we stop writing sweet, same sex romances (the more of those the merrier) or that we abandon the “it’s OK to be gay” stories. I’m just saying that we should branch out more as well. Go ahead and write about that gay, time-travelling police detective or that coven of all lesbian witches. Take a chance and release your characters onto other genres.

Spring Horton is a novelist and scriptwriter that sometimes dabbles in poetry. Spring has published two books of poetry, a play and three novels. The latest novel is From The Embers, the first in The Ancient Order series. In the works is the sequel to this book, After The Dawn and a male/male romance novella, Autumn in the Highlands which is scheduled for release on Valentine’s Day 2014 She is also working on publishing her back log of screenplays.

Spring Horton has an MA in Theatre Directing from a misadventurous year spent in London and would like to write for and work in theatre as well. When Spring isn’t writing, she likes to spend her time baking, travelling, being in the outdoors and trying to figure out whether a change of pronoun wouldn’t fit her (or perhaps, him) better.