You are here: Home / Brandon's Musings / How Writing Makes a Difference 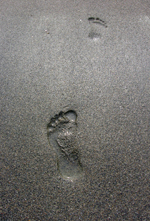 Words are power. Anyone who is a writer, or a speaker, knows this instinctively; as do those that try to suppress the words they don’t agree with.

Words can change geography, nations, politics and move an entire people to action. But sometimes it is those small changes; those seemingly insignificant burst of prose that make a difference and touch lives that you, as a writer, will never know about or see. Two steps beyond your prose is an action, a caress, a thought that changes even the smallest part of history and you may never know that impact.

This past weekend I received an email from a young fan that I want to share with you below, and I would like to ask you to share this with all those trying to make a difference, especially writers. Many times we tend think that  our words (or our actions) do nothing; mean nothing besides what they mean to us. If we don’t receive immediate acknowledgement from those we’re trying to help we’ll sometimes question our motivations, or ourselves. Are we making a difference?  Does anyone care? Shouldn’t there be…more?

But sometimes, ….sometimes you hear back.  Sometimes a voice reaches out and says, Yes, you are making a difference.

“She [Julie Anne Peters] changed my life. Keeping You A Secret made me feel much less weird for being gay. Just another example of how much words can make a difference. What you guys manage to do is amazing. You save lives without realizing it. Please don’t stop. I’m one of those teenagers that knows depression way to well. And I’m one of the kids that has considered ending her own life just because of gay bullying. People like you and Julie make me and probably many others see. That it’s ok. We aren’t alone and we aren’t the only ones going through shit.” -A.I. (18 years old)

So friends of the pen, from the  mouths of babes:   Please don’t stop.

And here is another example of making a difference from my friend Gary Patton.