I was trained to inspect flight lines, missile sites, maintenance areas and alert facilities, and to investigate and report on problems such as outdated fire extinguishers or incomplete training records. If an accident occurred, I knew to take charge of rescue operations until a higher-grade or better-qualified officer arrived.

Training included classes and numerous films. Among the footage: airplanes falling from the sky, missiles exploding on takeoff, Navy fighters missing a tail-hook on a carrier deck and crashing into the sea.

In creating the situations faced by Joe Harding, I was relying in part on my memories of service decades ago. But I’m also a trained historian, reporter and investigator. Google and similar searches today yield countless films, videos and accident reports on every sort of aircraft imaginable–from C-130s, B-52s and DC-10s to the Concorde disaster mentioned above. Have I ‘witnessed’ enough crashes to write believable disaster scenes? I do my best. 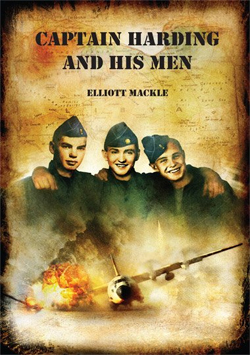 As the youngest, least tradition-bound, most technologically-oriented service, the Air Force was thus the most liberal and sophisticated. People knocked on doors before entering rooms. (In a hurry, I once barged in on a naked, self-aroused housemate, embarrassing us both.)  Like the housemate, most junior officers at that time were unmarried, presumably heterosexual and planning to start families in the not-too-distant future. Some dated nurses or local women, others had girlfriends back home or weren’t ready. I didn’t stand out. Unlike Harding, I made no attempt to use women as beards to hide my outside interests–such as bathhouses in San Francisco and my friendship with the adoring, puppy-like son of a lieutenant colonel. Some people guessed, others did not or paid no attention.

My intention in all this is to write the kind of fiction I want to read: adventure romances and mysteries peopled with military or ex-military characters of both sexes and persuasions. The model is “Wingmen,” by Ensan Case, first published in 1979 and recently reissued by my own publisher, Lethe Press. As near as I can make them, the Harding novels are supposed to give readers a sense of the atmosphere, language and behavior of men of a generation ago. To that end, many of the incidents and situations I describe existed or happened. A gay airmen who worked for me was seduced and then murdered by local thugs. The Craftsman shared-house for party-throwing officers existed, though not where I placed it. The pilot who flew his plane into a mountain after allegedly falling in love with another pilot also existed; I changed the location to the Libyan desert and added the beloved wingman to the scene. The CIA’s dirty tricks and criminal misdeeds are probably even worse than I make them. Skilled female nurses were groped by drugged, drunken flight surgeons. Grown men made love on small cots in bachelor officers’ quarters. And didn’t get caught. As I did not.

I note that many m/m historical and romance writers are turning out two or three works a year. I can barely manage one, if that. My novels are literary, though hardly aiming at the mannered artiness of, say, Virginia Wolfe or Edmund White. Three or four ‘beta’ readers comb through my works before my publisher ever sees them. That takes time. Just a few weeks ago I finished edits on a new mystery after my betas willingly read and commented on my second-round edits. Am I worth all this care? I think so. Who knows? The novels may survive and be read and loved for a thousand years. Or not. All I can do is, as I say, my best: craft each paragraph and sentence until it sounds and reads the way it should, my way. And then let it out into the universe. 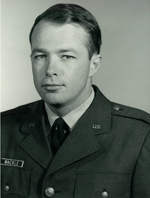 Elliott Mackle served four years in the United States Air Force during the Vietnam era, achieving the rank of captain. The Miami native served a decade as dining critic for the Atlanta Journal-Constitution, also reporting on military affairs, travel and the national restaurant scene.  He has written for Travel & Leisure, Food & Wine, Los Angeles Times, Florida Historical Quarterly, Atlanta and Charleston magazines, public television and was a longtime columnist at Creative Loafing, the South’s leading alternative newsweekly. Along the way, he managed a horse farm, served as a child nutrition advocate for the State of Georgia, volunteered at an AIDS shelter, was founding co-chair of Emory University’s GLBT alumni association and taught critical and editorial writing at Georgia State University.