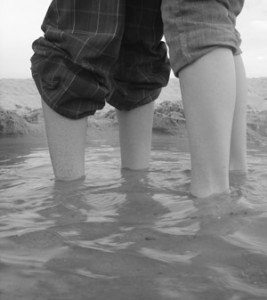 It has been an interesting week of self reflection.

In the beginning of last week I lost a gay friend of over twenty years (via email) who suddenly decided that he was not gay (and no longer my friend) and was going to get married to a woman. He’s been a Christian his entire life and has struggled with his sexuality forever. This loss bothered me more than I can simply put into words here. I was angry, very angry. I immediately wanted to send him off a tirade on his hypocrisy and ignorance and spew as many other hateful things as I could think of to lessen the my own pain.

And this is really what we do as people, we look for a target outside of ourselves where we can lay blame and lessen the emotional impact upon ourselves. In reality, what I was fighting was NOT his decision, but the fact that after twenty years he didn’t think I would support his decision and do  what I could to help him in his new life. Somehow his lack of faith in our long friendship made me a failure, and that alone was what my anger was really about; my own self doubt.  Had my friendship been so lacking? Had I done or said something that would make him think this? Did I say something hateful against his wife, or all females at some point in our past? The list of questions and the doubt went on and on, until finally I just sat with it.

This was his decision and his own doubt, and I allowed myself to get caught  up in his fears instead of stepping back, like a real friend. In the end, after much meditation, I sent him a quick email with congratulations on his impending marriage and left it at that.  Nothing about our long friendship, nothing about how I felt, simply a recognition of my sincere wish for his future happiness.

I thought I was done with this. Hah! How easily we fool ourselves.

Over the weekend I talked with people online and did quite a bit of writing.  As I begin to connect online, and particularly after this incident above,  I have noted the pause that takes place when I get a friend request or go to connect with anyone that has any type of Christian religious affiliation. I’ll peruse their website, their twitter feed, their Facebook page before I make a decision about whether or not I’m going to click the accept button.

This is asinine. I wouldn’t do this in real life. I don’t run around doing what basically amounts to a background check on every individual that holds his hand out to me. But nor do I tolerate ignorance in my personal life. I can count the people I consider friends on one hand, everyone else is an acquaintance, someone I’ve worked with, met or simply hung out with at one time or another.

Is this what being ‘connected” through social mediums has done to us? Has the ignorance and fear of both extremes pervaded our lives so much that we hesitate to offer our hand in friendship or need? It’s pretty fucking sad really, and it was made all more poignant when I looked at my own actions and noted my own hypocrisy.

But as I watched people come together and rescue a motorcyclist trapped under a burning car I realized that there is still hope, for me and everyone else. In times of real need we don’t stop and ask what a person’s religion is, we don’t question their faith, their parentage, their sexuality or any of the million other things we use to segment people into convenient little categories which we can bypass.

So I go to sit a little more and reflect on this disturbing aspect of myself. What fear have I exposed that I am suddenly worried that people who label themselves as Christians can exploit? I know many real Christians who walk the faith every day, and I see many more who simply talk it.  But neither of those two labels does anything either, because in the end it comes down to my own reactions and my own fears and how they cause me to pause and think rather than just act and put my hand out.

So here’s my zafu (meditation cushion), my hand, and my apologies to those who put their hand out only to have me turn away in ignorance.  For that I am truly sorry.