You are here: Home / Brandon's Musings / A Note for New Gay Dads 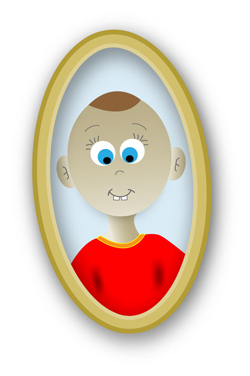 I get a kick out of today’s new gay dads. They’re all full of look what we did, with pictures and blogs and flashing about the awards they received for being Father of the Year. It’s adorable really.

But I sometimes wonder if they understand that gay men have been raising children for a long, long time; long before it became legal, or condone, or even accepted.  But they’re new parents so that’s to be expected. After they change a few hundred diapers the luster wears off. We old-timers know that. Then there’s daycare and schools and shitty teachers, and drug use and sex and heartbreaks and maybe the cops bringing the kid home one night. Been there. Done all that – all of it while Anita Bryant’s words were still echoing in minds across the land about what loathsome perverts us homos were.

But that’s a post for another day. The new dads are happy, the kids are happy, and in the end, that’s all that counts.

Today I watched my last child walk out the door. Ironic that it should fall on Father’s Day because I think of him as my son, my third. He’s not biologically mine. He came to me only eighteen months ago from the street with no hope, no clothes, and no future.

In eighteen short months he has changed his outlook on life, grown confidence, become more certain of his decisions and more wary of his mistakes. He has a girlfriend and a job and a bank account in which he regularly squirrels away his money (even when he owes me).

And now, too, he has a place of his own.

I have been through this twice before, and as an old gay dad let me warn you, it gets no easier releasing them out into the wild. You still want to be there. You still smile when you get that inevitable text in the middle of a busy work day, even if it is the: Can I borrow some money? Which, let’s face it; you’ll never get back. New dads: Be resigned to this fact.

I think the only positive thing I can come up with about this day is that I know that my grocery bill is going to nosedive. But only for a few weeks. He’ll be back hungry, asking what’s for supper. Boys are like that. They come back home to eat. Ask any parent with grown boys. It doesn’t matter if they have their own place, their own life, a boy/girlfriend/wife/partner/husband or live-in maid – feed them once and it never stops. The two older boys are still regulars at the table, them and their rotation of girlfriends.

And this time, these gatherings, they give me a chance to be a part of their lives, give me the opportunity to be the mentor I never had. We talk, we laugh, we share stories and beer, sports and politics, dating questions and job worries. It is our time. And for you new dads, the questions don’t get easier. The answers they seek are always more complex than what you would think. But keep it simple. Right and wrong aren’t choices; they’re differing aspects of opinion, and that’s always something to remember when they ask their most worrisome questions.

Some would give me credit for this last child’s successes, but I know this is not the case. I learned, quite some time ago, that once kids reach a certain age, they make their own decisions (whether you like them or not). They are responsible for the outcomes, and you cannot change that no matter how much you want to. This usually happens long before you’re ready to let them go, long before they move out; and much sooner than conventional parenting wisdom would lead you to believe.  But it happens too soon; and it chisels away small parts of your heart when you are forced to finally accept that you cannot save them from the realities they bring upon themselves. New dads: never utter the words I told you so. They already know this. Just be there.

Someone once asked me what parenting is all about. Initially I had many answers, but they were mostly about the things you do and not what’s behind them. Finally, as this last one leaves, I understand. [tweet_dis]Parenting is about offering your heart, unreservedly, forever.[/tweet_dis] It’s a deeper commitment than marriage. And it doesn’t matter if you are conventional parents, or not, because when they walk out the door, they take that heart with them. Once in a while they might bring it back, but that will only be on laundry day. ‘Cause I’ve got to pay for that in my apartment building! Can you believe that?’

You will nod, shake your head, maybe chuckle a little. And, if you’re lucky, you might remember how it felt to feel so free, so naive, and still have a place to come home to and be welcome. (Even with your nasty gym socks.)

Remember, it’s all downhill from here.