You are here: Home / Author Interviews / Why I’m Writing a Saga About Human Trafficking 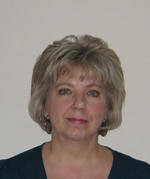 As we drove, Dave asked me why I hadn’t read 50 Shades of Grey. I said it was because I’d read The Story of O years ago, and just didn’t feel the need to read another book about domination. I’m no prude, and I enjoyed O, but it was kind of “been there, done that” in my mind. 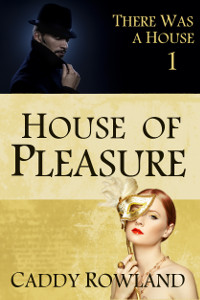 All of a sudden, the words “House of pleasure, house of pain” flashed through my brain. I blinked. There was my next set of stories! And here I’d been so worried where I would go from The Gastien Series. I turned to Dave and said, “I know my next series. It will be at least four books: House of Pleasure, House of Pain, House of Trickery, and House of Shame. I’m going to tell the story of a teenage girl who is trafficked into prostitution, and her vow to destroy the man responsible. Along with him, she’ll take down the house and many of the men who willingly use underage girls for their pleasure.”

I thought for a minute before continuing. “Men see brothels as places of pleasure; a good time. For the prostitutes working there, it’s the opposite. I want to tell the story of their pain—the pain they endured growing up before running away, and the pain of being sold into slavery. The pain of being forced to do things every night for people who treat them like garbage.

In case you haven’t guessed, I write drama.

Why? Because I like stories that are raw, gritty, and told “real”. My goal is to make people think and feel—and hopefully make them see that most decisions made in life aren’t black or white. They’re usually shades of grey. I want them to understand—at least a little bit— people different from themselves, or people who make different decisions than they themselves might make. 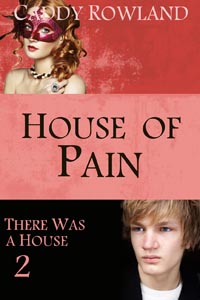 The same is true for the There Was a House saga. Two books in the saga have been released, and the last two will follow soon. In addition to the teenage girl, there is also a fifteen-year-old gay boy who was forced into prostitution.  His name is Jamie, and he appears toward the end of the first book, House of Pleasure and continues into the second book, House of Pain.

Jamie’s father dumps him off at the whorehouse to either be sold to some low-life pimp in New York City, or to work as a whore servicing men in the upscale brothel where he was abandoned. Daddy is a macho man, and his hatred toward his son knows no bounds—simply because his son is gay.

You will find Jamie is a bit of a stereotype when you meet him in the first book. It’s on purpose. I wanted to have some fun with him. Plus, his campiness is a perfect cover for the mind behind the facade—a mind that will be integral to taking down the brothel he, Phoenix, and four other girls are forced to work in.

I hope you’ll join Jamie and Phoenix as they plot to destroy their captor, Antoine. I will warn you: the books are brutal, dark, and unforgiving. Forcing underage people to become sex slaves is a very real, very ugly issue that is happening all too frequently today. And, yes, it’s happening here in our good ol’ USA.

That fact really shouldn’t—and probably doesn’t—surprise most of you. When society caters to powerful men with money who find others simply there to be used for their gain, when many of those men see women and gays as “less than”, it’s very easy for those men to convince themselves the “less thans” are theirs to do with as they wish. They no longer see the less powerful as human.

That needs to change. Fast.

Caddy Rowland grew up with a stack of books that almost reached the ceiling before she was five. Books, along with her vivid imagination, have always been some of her closest friends.

She lives with her husband, who was her high school sweetheart. They are owned by two parrots. Besides being a writer, she is an artist. One can often find her “makin’ love to the color” (painting) with loud rock or blues music blaring. However, when she writes she listens to classical music—turned down low.

She writes dramatic novels showcasing the sublime joy and bitter tragedy of being human.