You are here: Home / Author Interviews / Thoughts on The Opera House 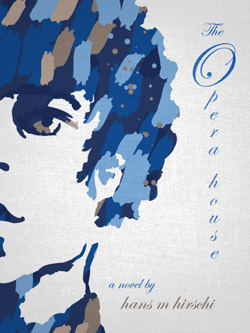 I hope you all had a great Christmas in the presence of your families and loved ones.

I’m glad to be able to write this guest post on Brandon’s blog. In fact, it’s been a long time coming, and I’ve thought a lot about what to say here. The official reason is of course the recent launch of my new novel, “The Opera House”, and given Brandon’s involvement in the LGBT youth and particularly homeless kids, I’m very proud to say that these issues are at the very core of my new book.

As a gay man, my relationship to kids has been a contemplative one for my entire life. As a child, I wanted kids of myself, at a time when marriage and a wife where theoretical concepts at best. Later, when the realization of what I ‘was’ dawned on me, we lived in times when having a boyfriend was a realistic target, living with the same a dream, but kids weren’t on the horizon, not even as a vision. Heck, back then no one even talked about marriage equality, we were too busy even finding a boyfriend. The gay ‘lifestyle’ WAS different back in the eighties, at least for most of us.

That all changed radically over the past thirty years, and I’m happy to be a member of a generation who managed to make the dream of a child come true, before I was too old. Lacking a womb, becoming parents for most male gay couples is a complex process, no matter what route we ultimately choose to take, and it provides more than ample time to contemplate what we’re doing. 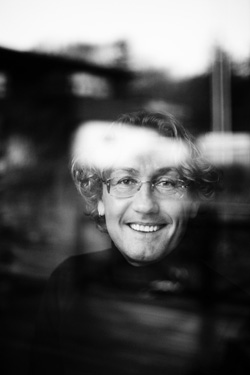 I’ll be honest with you. Before reading one of Brandon’s novels, reading his blogs and talking to him, I had never even heard of the many homeless LGBT kids on our streets. Sure, it may not be as big a problem in Europe and particularly “liberal” Scandinavia where I live, as it is here in the United States, but still. I was amazed at my ignorance, but even more so, I was devastated by the seriousness and the sheer number of kids affected.

To this day, I cannot fathom how anyone could do this to their children. It is absolutely inconceivable to me, having had to fight for 25 years to finally become a father to toss that kid out on the street, ever, for any reason. Who would do such a thing? What monster, what evil is at play here?

“The Opera House” includes a sub plot around the homelessness of Brian, the risks he’s subjected to, the things he has to endure to survive. I also tried to understand why his parents did what they did, but I’m not sure I was able to penetrate beyond the usual bible thumping that is given as a reason for treating their kids so ‘un-christian’. The main story in “The Opera House” is about Raphael, a successful architect, who – after a colossal personal loss – loses himself to grief and ends up homeless himself. The story revolves around Raphael, Brian and Brian’s social worker and how they eventually help each other through those rough times and to a new lease on life.

I’ve spent a lot of time in the past nine months, writing the book, looking after my baby boy, contemplating the hideous tragedy that is homelessness, the lack of opportunity and empathy in our world today. Therefore, “The Opera House” is by far the darkest novel I’ve written so far, and that’s saying quite a bit, given Jonathan’s fate in my previous novel “Jonathan’s Hope”. However, it wouldn’t be mine unless there was a glimmer of hope, a chance for a better future at the end of the book. I can’t deny myself that, my faith in humanity is too big for that.

Homelessness, particularly that of children is a shame for our society, and not something we should accept. Sadly, one novel isn’t going to change that, but the least I can hope for is to open someone’s eyes to the plight of those kids.

With that, I hope that more of us help Brandon and the others who fight for homeless kids, and I’ll end this post wishing you a peaceful end to 2013 and a happy, successful and sheltered 2014!

PS: You wonder why the novel is called “The Opera House”? Easy, even though it took me a month after finishing the book coming up with the title. The entire novel is framed by the design process and construction of the city’s new Opera House, as Raphael is the architect, and it plays a significant role in a number of key scenes in carrying the story forward.

“The Opera House” is available from Amazon, Barnes & Noble, and soon on the iBookstore.