You are here: Home / Gay Fiction / The Elevator – A Short by Theo Fenraven

Welcome LGBT Author Theo Fenraven to the blog with an exclusive short story just for us. 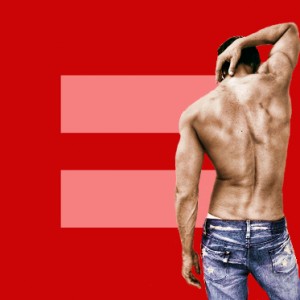 We were running late, and when we saw the elevator open across the lobby, we darted straight toward it and inside, smiling at each other as the doors shut.

Only a few more minutes, and it would be done.

My heart was beating in my throat and I was sweating with nerves. Judging by Chris’s paleness, he wasn’t feeling like the Rock of Gibraltar either.

The elevator bumped to a stop between the first and second floor. We stared at each other, aghast.

“You don’t think…?” Chris said in a hushed voice.

I glared at the closed door. “That we’re stuck? Yeah, I think.”

I pounded on the door while we both yelled “Help!” Like that would do any good, but it would have felt weird if we hadn’t done it. It was like not walking under a ladder or throwing spilled salt over your shoulder. Some things, you just had to do.

“Shit.” Chris’s eyes welled, and he blinked rapidly to prevent the tears from falling. “They’re all waiting.”

“They’ll keep waiting,” I assured him, pushing the emergency button.

If we’d stayed at home instead of visiting our favorite place this morning, we wouldn’t be stuck in an elevator. But the lake had been beautiful at sunrise, and we’d tarried to talk and enjoy it.

Five minutes crawled past, and then another five, and we accepted the situation and sat on the floor with our backs to the wall.

“Remember when companies hired people to take you up and down in an elevator?” Chris said.

“No, and neither do you. Before our time.”

“But we’ve seen it in movies.” He glared at the buttons, all of which were lit because he’d pushed one right after the other, hoping for a response. “I wonder how much they got paid?”

“Five cents an hour. Maybe six, ‘cause that was a long time ago.”

“I don’t think anyone has ever made only five cents an hour, Nelson.”

“The employees at Wal-Mart do if you account for inflation.”

“Dunno. I made it up.” I grinned. “Sounds about right though.”

We fell silent for a few minutes. I heard distant thumps and wondered if that signified someone was working on the problem. I wished I’d taken my cell phone after all, or Chris had, but we’d decided to leave them behind to better enjoy our time together.

“Do you think going up and down in an elevator all day would adversely affect your thought processes?”

He looked at me. “Up, down, up, down. That would have to do something to you, right? And being in what amounts to nothing more than a tiny room all day, every day, never seeing the sun, not even a window to look out.”

Laughing, I drew my knees up and hugged them. “Windows. In an elevator.”

He chuckled, not the least bit embarrassed about having said something dumb. I loved that about him. There were so many things I loved about him. “Where did he go to the bathroom?”

“The elevator guy?” I shrugged. “Probably in the basement. He’d come in every morning, go down there to change into his elevator guy clothes, check his teeth in a fly-specked mirror, put on his cap—they wore caps, didn’t they?—and step into the elevator to start his day.” I paused. “You don’t have to go to the bathroom, do you?”

He smiled. “No. Just wondering.” He tilted his head and pursed his lips. “I’ve seen glass elevators in movies. They’re sort of like windows squared.”

“Ever ridden in one?”

“Nope. We should check into a fancy hotel and check it out.”

I leaned my head back so I could look at the ceiling. “Maybe going up and down in an elevator all day helps you think. I mean, what else are you gonna do? And when his shift was over, he went back downstairs, changed into his street clothes, went home to the little woman, and after dinner, after the kids were in bed, all the thinking he’d done all day riding up and down in his elevator poured out onto paper until he wrote a book, which he took to a publisher who said it was the next Great American Novel.”

Our eyes met, and we burst into laughter. “Naw….”

“No. I’m ready.” There was the slightest quaver in his voice.

I couldn’t blame him. I’d asked myself plenty of times over the past few weeks if we were doing something stupid, but all I had to do was look at him, and I knew this was right.

“Chris?” His fingers were almost dancing on his leg. I placed a hand over them until they stilled. “You can change your mind. If, you know….”

His lips tightened. “I’m apprehensive, a little nervous, but not crazy. We’re gonna do this.” He gave me a questioning look. “Unless you…?”

I shook my head vehemently. “Not backing out.” He still looked doubtful, and I added, “Promise.”

He nodded and looked at the buttons again. “Where do you think we’ll be in five years?”

“Hopefully not in this elevator.”

He laughed and nudged me with his shoulder. “I’m serious.”

Once we’d stopped snickering, he inched over until he could lean against me. I felt his heat through the lightweight jacket I wore; it was spring, and I’d known it would be chilly at the lake. “Does it matter where we’ll be in five years? As long as we’re together?”

His eyes welled again. Chris’s emotions lived close to the surface. He could never hide what he was feeling. Yet another thing I loved about him.

“I’m so glad you almost ran me over with your car,” he said, smiling.

Chris had been on his bike and taken a turn without looking. When he’d abruptly appeared in front of me, I’d blanched and stood on the brake. I didn’t hit him―maybe nudged his front wheel a little―but he’d gone down anyway in an attempt to avoid the car. I’d parked and leaped out, already apologizing.

We’d been together ever since.

As soon as we got out of the elevator, we were going to my parents’ apartment, where a judge, who happened to be a buddy of ours, was waiting to marry us. We’d jump into our dress clothes, kiss each other for luck, greet our family and friends, and make it official. It was legal now. Our marriage would be recognized anywhere in the country.

Suddenly, I was anxious to get it done. “What’s taking so long?”

Chris pulled the rings out of his pocket and turned them so they shone in the light. We’d spent a surprising amount of time at the lake looking at them, handling them, trying them on, discussing what it meant to give them to each other. Chris wasn’t the only emotional one in the family.

He took my hand in his and intoned in an intense whisper, “I, Chris Walker, take you, Nelson Anderson, as my lover and husband, ’til death do us part.” He slipped a ring on my finger, and then handed me the other. “Now you.”

My voice shook as I repeated the vow. “I, Nelson Anderson, take you, Chris Walker, as my lover and husband, ’til death do us part.” It went over his knuckle without a hitch, settling into place as if it had always been there.

We kissed with soft lips and gentle tongues, and my anxiety melted away. We put our arms around each other, holding… cradling.

The elevator hiccupped and whirred to life, and we looked at each other and laughed. “Time to do this thing for real,” I said as we stood and faced the door, waiting for it to open.

He squeezed my hand. “Already done.”

He was right. We had just married each other on the floor of a stuck elevator. If we ever adopted a kid, he’d love the story. “Tell me again how you got married in the elevator,” he or she would demand.

Upstairs, in my parents’ apartment… that was about making it legal, and we’d waited too long for the opportunity. His assets and mine would become ours. If one of us got sick and had to be in the hospital, the other would have every legal right to visit and make decisions about treatment. We would get the same tax breaks heterosexual couples got. We would be able to get a mortgage, health, and auto insurance together. And so much more.

It was about time.

Note from Theo: In my story, marriage equality has been established at the federal level. It’s only a matter of time before even a country as backwards as America takes this step. Married couples enjoy 1138 federal benefits, so the right of same-sex couples to make it legal is a Big Thing.

Bio: Theo Fenraven lives in St Paul, MN, where it is really cold at least half the year. Find my books at Amazon, Barnes&Noble, and ARe . Connect with me on Twitter, Facebook, Google+, and on my blog.