You are here: Home / Author Interviews / Spotlight: The Boy and His Wolf – Paranormal Romance 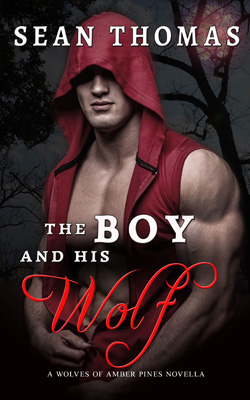 My time in the self-publishing industry has been very short and in less than six months I received recognition as Librarian of the Year by the Romance Writers of America, wrote a novella, and now made it into an audio book. If anybody asked me six months ago if I believed any of this would be possible I would have looked at them like a crazy person. Sure, I’ve always loved to write but I never actually expected to publish anything and to be honest, I hadn’t given self-publishing much thought until very recently. Calling myself an author was just a far off dream that I only hoped I would aspire to one day.

The Boy and His Wolf is the first in a novella series that takes place in fictional Amber Pines, Colorado. It’s a homecoming story that follows Tanner Settino back to his small mountain town after his former werewolf pack is threatened. Tanner isn’t a werewolf himself but his ex-boyfriend Dash Howell is and going back home means he has to confront the man he never stopped loving. If I can be perfectly honest, I never actually intended to write this story…at least not this year. I was working on a m/m superhero romance, one that I have wanted to write for some time, and this story just forced its way out of me. Tanner and Dash demanded to be heard and I had no choice but to give life to their story.

After the book was published I had the crazy idea to see if anybody wanted to narrate the audio version, all the while not believing that anybody would give a first-timer like me a second glance. I remember getting an email one day telling me that someone had auditioned for my book. If publishing was an exciting experience, this was the cherry on top. As I sat listening to Gus Klondike giving actual voice to Tanner I hardly breathed because I didn’t want to miss a single piece of the narration. Tanner, the character that had been so alive in my head, actually had a voice in the real world. It was, and is, a very surreal experience and one that I am very happy to share with future readers. I truly believe that fans of m/m paranormal romance will find the story cute and heart-warming and for those readers who listen to the audio book will be blown away by the raw talent that Gus brings to the table.

Check out a sample of audio book below, or get it from Amazon. 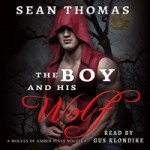 You can also download the audio book from Audible. 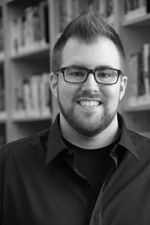 Sean Thomas writes paranormal romance about real heroes in the real world. An avid fan of heroes with fatal flaws who fall in love with regular people, he can’t keep them out of his stories.

In 2014, he won Librarian of the Year from the Romance Writers of America and has been an advocate for the romance genre for some time. When he’s not writing, he can be found blogging for USA Today.