Welcome Kenneth Creech to the blog with his paranormal M/M novel, Awakened. 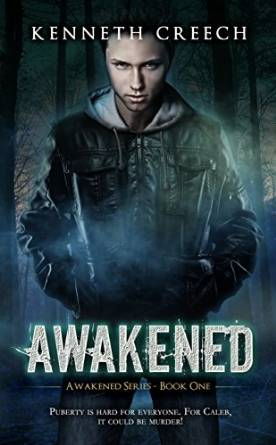 Caleb McEllis has been haunted by the same nightmare for as many years as he can remember; he is swallowed by darkness and unable to escape. Which was the perfect metaphor for the small conservative town where he grew up. Once he graduated from high school, he vowed to never return, hoping to escape the teasing he experienced since childhood.

On his way to work one night, his nightmare comes to life and something in the darkness comes for him, causing him to careen off the freeway and flip his car. During the ensuing chaos, a stranger pulls Caleb from the wreckage moments before lighting it on fire. As the night continues, Caleb discovers that this stranger knows more about him than he should, perhaps even more than Caleb knows about himself.

Caleb is forced to trust the stranger or run the risk of being killed by whatever attacked him on the road. He soon learns that the things he thought he knew about himself are based on lies he’s been told since childhood and as they unravel he is forced to confront the truth about what he really is. In order to survive, Caleb must let go of his past and embrace his true nature. Proof that puberty is hard for everyone, but for Caleb, it could be murder.

Awakened is a young adult paranormal fiction novel that is infused with humor and a little bit of male on male romance. It’s a twist on the traditional shifter genre, and will leave you wanting more! Awakened is the first in the series. 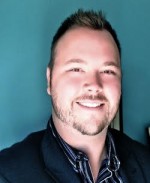 Having been an avid reader of paranormal and sci-fi books since childhood, the genre is part of Kenneth Creech’s everyday world. Kenneth has the sometimes annoying habit of watching the people around him, which has led to some of his best inspiration, as he imagines what is going on in their lives and their minds. While writing Awakened, Kenneth also used some of his own dreams as inspiration for how the events unfolded in the story. When not writing, Kenneth also helps other writers by editing their works, getting them polished and ready for the world to read.