Welcome Roger M. Kean to the blog to discuss his final book in the Empire Trilogy. ~ B. 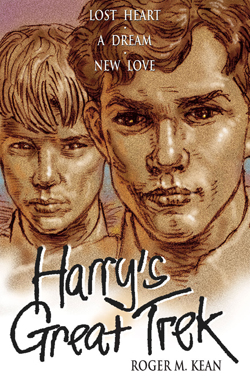 Brandon: So tell me a little about how you came to write this trilogy.

Roger: I was brought up on a reading diet of H. Rider Haggard, Rudyard Kipling, and Capt. W.E. Johns’ flying hero, Biggles. Excitement and adventure in far-flung outposts of the British Empire colored my childhood. And I count myself lucky. Unlike my contemporaries stuck in “Austerity” Britain in the era before mass air travel, at eight, I was thrown headlong into an exotic land—I spent my early-to-teenage years in Nigeria. To a little white boy, Lagos was strange, exotic, and excitingly alien: near my home tribal drums still beat a heart-thumping tattoo in the sultry night air. Diverse cultures filled my formative years—not least eccentric British expatriates. Pell-mell I was thrown into the kind of adventures I could never have had back in stuffy old UK.

Those thrilling years never left me. I became absorbed in the experiences of expatriates generations before I was born—administrators, common soldiers, all spread across the globe. They must have found where they ended up even weirder and more alarming than I did (by the late 1950s Lagos at least was urban and civilized). Yet even as the sun set on Empire, adult whites still patronized the African natives, an attitude that might have rubbed off on me. But it didn’t, and in consequence, as a young teenager, I broke two cardinal taboos of the era. The first was to be gay at a time when active homosexuality was a criminal offense; the second was to befriend black boys my own age (and in one memorable instance have wild sex—I refer anyone interested in the story to Felixitations: “Ikoyi Romance – 1965). And so when I wrote A Life Apart—not knowing it would be the first of a trilogy—I set out to recreate the frisson of the strange and exotic through the eyes of young men uninfected with White condescension toward the locals. 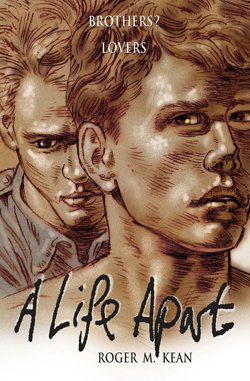 Brandon: What period does the trilogy cover?

Roger: The Empire Trilogy encompasses a tumultuous period in the last decades of the Victorian era. A Life Apart and Gregory’s Story throw us into the mayhem of religious fanaticism— the Mahdist Wars of 1883–1900. From cold, gloomy London to the eye-searing brilliance of the Egyptian and Sudanese deserts, Richard and Edward Rainbow in A Life Apart, Gregory Hilliard and Zaki in Gregory’s Story, battle the length of the Nile against fearsome Dervishes in an unsettling parallel with today’s events in the Middle-East. The so-called Islamic State claims the same ground as did the Mahdist Fuzzy-Wuzzies and Baqqara horsemen under the black flag of the fanatic Mahdi to drive infidels from their land and establish a Caliphate over the world.

Brandon: How does the trilogy relate to the taboos of that period?

Roger: At the end of the 19th century homosexuality, a word not even in use then, was a taboo subject. In A Life Apart there is another taboo: incest. But play is the operative word, for heroes Richard and Edward Rainbow, brought up as twins, are not in fact blood relations. It’s a nice irony, however, that they must pretend to be brothers to explain/justify their being together. And then there is another taboo of Empire, that never, ever should an English officer and gentleman fraternize with natives. Lower ranks, of course, might visit native prostitutes (because what else can one expect of the uneducated lower classes?) But when Arab raiders capture and enslave Edward, without a thought of his society’s proprieties he turns to the black slave Yussuf for mutual relief and happiness. The same can be said of Gregory Hilliard, an Englishman—though born and raised in Egypt—and his lover Zaki who is a black Ja’alin Arab. In Victorian society’s eyes, Gregory is thus double-damned: gay and a native-lover. Fortunately, he and Zaki have Richard and Edward Rainbow, now 29-year olds, for moral support.

Brandon: How does the final book bring things together?

Roger: Harry’s Great Trek is not just a continuation of A Life Apart and Gregory’s Story, it is a wraparound that brings the disparate parts altogether. Harry Vane appears in both previous novels. Due to circumstances described in A Life Apart he and Richard become lovers, but Richard’s real love is for Edward. The “brothers” are meant for each other and Harry must find another home for his heart. There are flashbacks to Harry’s childhood, but chronologically the novel begins at the point A Life Apart ends, as Harry ships out from Egypt to a new posting in India.

Roger: In part Harry’s long trek is one in search of love; in part it’s the adventures he encounters on the “Roof of the World,” at the war-torn borders of Afghanistan, again in the Sudan, and eventually in South and Central Africa.

On the North-West Frontier of India he works, lives, and fights among Tajik, Pashtun, and Kaffir tribes, while in matters of the heart he has handsome fellow lieutenant William Maplethorpe in garrison and (echoing the Edward-Yussuf and Gregory-Zaki taboo) his devoted Persian boy Arshan with him in the mountainous wastelands.

Brandon: Give me a summation of the trilogy and Harry’s Great Trek in particular.

Roger: The trilogy is a passionate love story launched on a tumultuous sea against a panorama of the British Empire at its height, with its multi-faceted but rigid society hovering on the brink of change. It’s an epic saga of love and war, painted with the colors of famous men of the time.

Following careers as a film editor, magazine publisher, and reference book publisher, Roger M. Kean has written 17 gay novels since 2010, five under his own name (among them Goodreads M/M Romance Group books of the month Felixitations and A Life Apart), the others under various pseudonyms. Among his non-fiction work, he has written The Complete Chronicle of the Emperors of Rome, Exploring Ancient Egypt, and co-authored Pirates: Predators of the Sea. He is a member of Goodreads.com and the M/M Romance Group. Kean lives with his partner the artist Oliver Frey in a medieval town in England on the border with Wales.