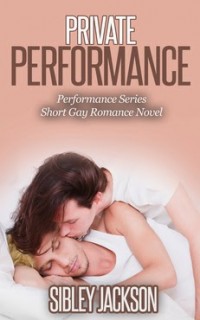 Book 1: Jason had sworn to never care for a guy again before taking it slow and easy when it came to the relationship department. He’d chosen poorly once. By the time he walked away his self-esteem had been in shreds.

Z is a dynamic, sensual rock star in the making. His band is hoping to hit the big-time and they’re getting close. He realized long ago his lifestyle had no room for a long-term relationship.

Then Z plays at Boys Will Be Boys, a popular gay club for a charity event, and Jason has a front row table. When their eyes meet it seems destiny has other plans for the two young men. Both tell themselves it can’t work out. They should just enjoy one night of hot sex and move on.

But love insists on entering the scene, just when neither is looking for it. 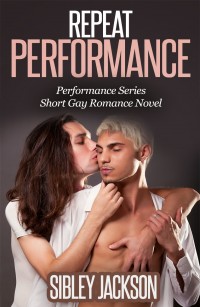 Book 2: Six long weeks. That’s how much time has passed since Jason’s been with Z. Z and his band have been on a small tour, and Jason found his dreams filled with the sensual blond man every single night since they’d said goodbye. Z promised he’d return to him, and Jason promised he’d wait. They’d been in frequent contact, but now the time to reunite is here—and Jason finds himself filled with worry. What if the hot, sexy singer had only been playing him?

He heads toward Z’s apartment for the long anticipated reunion, but suddenly realizes he hasn’t eaten all day. Stopping by a restaurant for a quick burger, who should he see but Z himself! His heart does a flip as he hardens—until he notices Z is with a woman. A very beautiful woman. Their fingers touch, and Jason is filled with the knowledge he’s once again been played.

Damn. It had felt so real, so intensely hot. He should have known there was no such thing as happy ever after. He decides to make Z squirm and approaches their table.

Then Z looks up, and they lock eyes…