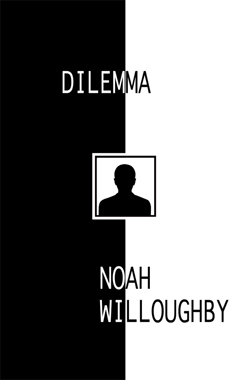 Though surrounded by people on a daily basis, Chuck is a miserably lonely man, desperately seeking companionship and affection. Not only does his shy personality make him reluctant to approach others, but he also harbors a secret side of himself that he’s tried to suppress and forget for many years. This secret side fills him with a kind of self-loathing, and he unknowingly makes himself unapproachable to others around him.

However, this all changes when he befriends Bjorn, a charismatic and worldly young man who opens Chuck’s eyes and allows him to accept his true identity. This ultimately places Chuck in an awkward position of trying to maintain his relationship with Bjorn in a separate, hidden life while at the same time keeping up a false front in the rest of his daily life.

“Dilemma” is an unconventional love story that exposes the intense difficulty in coming to terms with one’s true self and the painstaking actions taken to keep a second life hidden from the world. While the truth can sometimes hurt, it doesn’t compare to the pain of living a lie.

Get Dilemma From Amazon

My name is Noah Willoughby, and I’ve heard all the jokes about my name (e.g. “Where’s your ark?”). I was born in Tacoma, Washington during the 80’s, the greatest decade for music. I was always the independent type, living most of my life in a bubble of introversion. Looking through this bubble has allowed me to view the human world in all of its imperfect and bizarre glory. With a hypothetical smile on my face and the bubble slowly fading away, my imagination is getting into gear with stories of humanity that I’m compelled to get on paper. After years of slumming it in the uninspiring workplace, I‘m finally following my passion and doing it at home, in my underwear.