By situational crossdressing, I mean the plot device in which a cisgender, heterosexual character is crossdressing not for the sake of their own gender expression or even for fun, but because of something like “if I dress as a man, I will be able to find employment in a traditionally male field” (which is probably the most common.) Examples of this trope are Mulan from Disney (and Chinese legend), Eowyn from Tolkien’s Lord of the Rings trilogy, and Yentl from Singer’s Yentl the Yeshiva Boy. Cisgender heterosexual women can also crossdress for other non-gender-expressive reasons, as does Leonore in Beethoven’s opera Fidelio. Her disguise gets her a job in the prison where her husband is being unjustly held for political reasons, and she winds up saving his life. 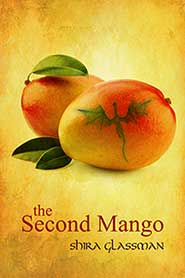 In plots like this, the creator constantly gets to evoke same-sex romance without ever actually “going there”. A woman living out her life in men’s clothing and behaving “like a man” is reminiscent of lesbians even if there are never any actual lesbians on the screen or on the page, so those of us who are drawn to butch women are intrigued in spite of ourselves. Beethoven’s Leonore, posing as Fidelio, has a sham romance with her boss’s daughter, thus providing some ‘faux-lesbian’ imagery created out of two straight women. Singer’s Yentl “found a way to deflower the bride.” And sometimes these women get into flirtations with men which are, of course, heterosexual, but since they’re dressed as men at the time (and sometimes the men they like don’t realize they’re women), it has the flavor of a relationship between two men even if there’s no real gay substance behind that flavor.

But, as I said, this is still just heterosexual people being heterosexual–nothing new, and still not LGBTQ+ representation. It’s hinting at us just enough to pique the interest of the straight world that seems fascinated by us, but–nope, the couple can actually be together after all, because that person in pants is actually a woman! The woman can act as butch as she wants, but it’s okay, because she’s actually just doing it for her career!

Well, I wanted to turn all that on its ear. What would happen if one of those “I may act butch and pass for male, but I’m as straight as a plumb line!” women were to run into an actual, honest-to-god, lady-lovin’ lesbian for once? What would that look like? I was curious, and fiendishly tired of all that lesbian erasure, so I decided to write about it and find out. (It turned out that once the queen realized that no, the warrior really wasn’t going to reciprocate her advances, they were able to become very close platonic friends.)

I also chose to approach the trope of the crossdressing woman’s heterosexual romance looking like two gay men on the outside in a different way from any other way I’d seen it done before. The man knows from the beginning that she’s a woman, so there’s never any moment where he has to come to terms with his attraction to another man, only to — whew! — find out the object of his affections is female after all. (I’m thinking of Family Guy, I guess, but I’m sure there are more.) Rivka is never bothered by the fact that she’ll look like a gay man if she openly expresses her heterosexual impulses while passing for male. And, unlike Yentl, she never faces a reality in which the relationship is only possible if she chooses to return to her “proper” sphere of feminine dress and behavior.

All of this, by the way, doesn’t address the fact that the situational crossdressing plots often constitute not only trans erasure, but also transphobia. While a woman wearing men’s clothing is often accepted, a man in women’s clothing is often played for laughs and gross-outs, especially if he’s given a scene in which another man is coming on to him, thinking he’s a woman. They’re both, of course, straight — there it is again — and it reinforces the idea of the trans woman just being a man who’s trying to trick people into sleeping with “him” (scarequotes around the male pronoun) and the idea that trans women are disgusting. The misgendering of Lois Einhorn, the villain in Ace Ventura, is another example. I’d love to see an informed takedown of this vile and loathsome cliché, because it’s far more harmful than the ones centering on situational crossdressing in cis women.

Shira Glassman is a violinist living in North Florida with a labor activist and a misbehaving calico. Her writing reflects her experiences as a bisexual, Jewish woman who was raised in the lush scenery of tropical South Florida and her adult interaction with multiple loved ones who cope with food allergies and intolerances. Visit Shira’s website.

The Second Mango, a feminist young adult fantasy novel about a gay woman, a straight woman, and a dragon, published by Prizm Books:

It’s hard to find a girlfriend when you don’t know any other lesbians, so the young, nerdy Queen Shulamit hires the legendary warrior Rivka to take her around the kingdom on the back of her dragon in search of other girls like her. But the simple quest quickly turns into a rescue mission when they discover a temple full of women turned to stone by an evil sorcerer.