You are here: Home / Book Excerpts / Of Angels and Demons…

Welcome S.R. Carrillo to the blog with her LGBTQ dark fantasy, the Soul series. 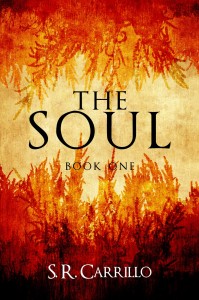 Evil has flourished since the beginning of time, but at long last it has come to pass—that the world should end at the hands of the divine. A Lesser Earth thrives in the ashes of the old world.

As does an unnamed lost boy, the abandoned effigy of evil, who wanders the globe without a clue and without a purpose.

The Last Angel Ero’s only task is to find this boy and raise him into the arms of Grace. He doesn’t expect to question that purpose—and he certainly doesn’t expect to find an affinity with the evil inside the boy he names Sol.

It’s only when Ero begins to explore new truths that he realizes just what having faith in Sol may cost him: his life, his love and his soul.

It began as an osculatory brush of pinpricks against his flesh. The urge to flinch, to cringe away, warped the laborious placidity of his thoughts, and it only worsened when Sol’s other hand came down hard on his bicep like he meant to crush it. He couldn’t gulp down the gasp that escaped when the pinpricks burgeoned into micropools of pure heat.
His bruise. His wound. Sol was reopening the half-healed contusion, his teeth sunken into the old torn flesh and muscle of scar tissue. Pain. Instantaneous. Significant. Bone-deep and soulful. Pain.
He tried to cry out, but the sound was hoarse and lost to the force of Sol’s bite. The wildfire within expanded, screaming through his veins, searing through arteries. It was all he could do to reach up and clutch at Sol’s hair to stem the outcry swelling like a rabid cancer in his desecrated throat. 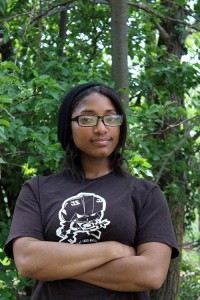 Born and raised in the leafy suburbs outside Houston, Texas, she’s young, married and has been writing ever since she’s been able. As a multiracial, nonbinary, whocaressexual, she tends to explore different aspects of human (and nonhuman) sexuality and identity in her work.

She’s used to being referred to as “she” for simplicity’s sake—since, technically, she’s both and neither. She considers it an honor.

The Soul is her first novel. Procession of Eternity is her second. Both are part of the LGBTQ dark fantasy Soul series.