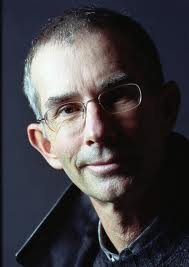 Choosing one favorite book out of the seven I’ve written is a daunting task. Each novel was inspired by people and events that mean everything to me. If I had to choose one, however, it would have to be Match Maker, for several reasons.

In the four years since being forced off the professional tour for being gay, Daniel Bottega has taught tennis at a second-rate country club. He found a sanctuary to hide from an unkind world, while his lover, Jared Stoderling, fought a losing battle with alcohol addiction to cope with his disappointment of not playing on the pro circuit.

Now Daniel has another chance at the tour by coaching tennis prodigy Connor Lin to a Grand Slam championship win. He shares his chance with Jared by convincing him to return to the pro circuit as Connor’s doubles partner.

Competing on the world tour is challenging enough, but Daniel and Jared also face major media attention, political fallout from the pro association, and a shocking amount of hate that threatens Connor’s career in tennis, Jared’s love for Daniel, and Daniel’s very life. 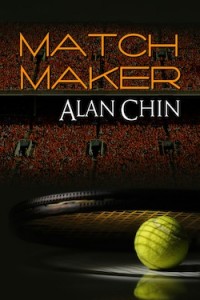 Match Maker is a novel that combines many of the things I truly love. High on that list of beloved things is Tennis. Match Maker is set in the high-stakes world of professional tennis, in the same way that The Front Runner was set in the world of track and field. I’m an avid tennis player and until recently played on the gay amateur tennis circuit.  So is this a sports story? The following is what noted author Victor J. Banis said about that:

So, is this what you’d call a tennis novel? Well, yes, and, no. There’s plenty of tennis, true, but in the author’s gifted hands, playing the game of tennis becomes a metaphor for playing the game of life. Match Maker is first and foremost a story about putting your life together – especially putting it back together when it’s been shattered. There’s plenty of tennis excitement, if that’s your thing, and if not, there is also courage, romance, violence – and plenty of occasions for tears. Warning: have some hankies on hand.

The second love I wove into this story is my family members, particularly my in-laws. The novel showcases an up-and-coming tennis star and his Chinese relatives, the Lin family (who in real life are the Chin family.) Yes, I even put my husband into this story. It’s one of the reasons this novel has touched so many people, because the characters seem so real, and of course, that’s because they are. I did treat these characters with the dignity and respect that I show them in real life. My husband, even though he was rather surprised to see himself in this story, was quite pleased with the results.

A third love was the Patricia Nell Warren Novel, The Front Runner. It was the first gay story I had ever read, way back in the late 70s. That story was the inspiration behind Match Maker. They are completely different stories—different plots, settings, and characters—but she and her novel influenced me to write Match Maker. I interviewed Patricia at the Palm Springs Pride festival what seems a dozen years ago, and she, more than her book, convinced me it was the right story for me to tackle. She is a lovely woman, one part tough dike and three parts adoring grandmother. She utterly charmed me.

The last reason I’ll mention that makes Match Maker a personal favorite is that it has garnered much attention from readers and reviewers. It won the 2011 Rainbow Literary Award in the Best Contemporary Fiction category, and many critics have said it’s my best writing, although I don’t share that opinion. It has been my most popular novel to date, and continues to sell three years after its release. It has also generated the most fan mail by far. And the only thing I love as much as writing my stories is hearing from readers who found enjoyment in reading these stories.

Match Maker, like all my published novels, has an element of gay romance weaved into the plot, although I don’t consider it a romance novel. It is, however, a gay-themed story. My next novel to be published this June, The Plain Of Bitter Honey, is neither a romance nor gay-themed, although it does have several gay characters. It is a futurist tale of twin brothers—one straight, one gay—fighting a corrupt American government in the year 2055. The story is told from the straight brother’s point of view. It is my first attempt to write a mainstream (non-gay) novel, and I must say I’m thrilled with the result. I think it will prove to be my best work to date. The publisher, Bold Strokes Books, and I have been working hard over the last six months to make this book the best it can be. They have been great to work with, and I feel it shows in the results. I hope anyone who has enjoyed any of my gay novels will give The Plain Of Bitter Honey a try. It’s an interesting and emotional read.

Match Maker can be purchased from Dreamspinner Press or Amazon.