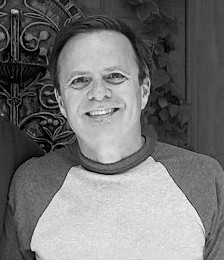 B: I read from a piece you had written in 2007 that in a meeting about finding out who your biological parents were, you saw your adoptive mother show a burst of emotion and it made you change how perceive people. Is that reflected in what you’re trying to do now with InnerBouquet?

D-P: It’s reflected in how I try to live my life.  In seeing my adoptive mother quietly weeping I was privy to a vulnerability in her that had not registered for me previously. And so it goes with many of our relationships. We think we know our parents, friends, classmates, co-workers, etc. and we do know lots about them, but until we’ve come to know how they’ve been jolted and shaken to their cores, we’re dealing with an incomplete picture.

So yes, this is absolutely a reflection on what I’m trying to do with InnerBouquet. My goal is always to come back to the context that they’re human, sensitive, vulnerable and probably beat up by some life experiences.

B: How do you see InnerBouquet being different from other LGBT blogs? There are quite a few out there now, and the list is growing daily, so how do you differentiate from all the others?

D-P:  Many LGBT blogs focus on pertinent news, politics and activism (our journey to full equality and our sparring with U.S. right wing politics). InnerBouquet does not delve much into these. Rather, creative expression in an LGBT context is paramount: 1) Visitors discover the Flashback Diary (the writing of my memoirs); 2) lots of photography, be it my own, or great pics by stellar LGBT photographers like Bernice Abbott and Herbert List; 3) I have an InnerBouquet Youtube channel and I draw on many Youtube videos that are pertinent to rainbow culture;  4) There are lots of tribute postings about the creativity and artistry of LGBT icons from past to present and in a section called “DailyDose” I post about at least one LGBT icon born on each day of the year. I’ve interviewed some wonderful people too over the last few years: Prince Manvendra Singh Gohil from India (the first OUT gay royal of the world) and Matt Kailey (FtM gay American trans man) being just two examples. Cultivation of insight is another key to the InnerBouquet experience and so there are opportunities to hone it, such as by glancing at the daily musings on the Mayan Calendar.

B: I see you have several posts on James Baldwin. He was an extremely formative figure for me as well. Tell me what it is about him that seems to capture you.

D-P: James Baldwin is a brilliant writer with stunning insight, but it is his personal life that has inspired me most over the years. Just consider that as a youngster his abusive stepfather once said to him that he was probably the ugliest child he’d ever seen. At age 24, in 1948, realizing that the deck was stacked against him in America, being black and homosexual, with just forty dollars in his pocket; he left for France with no knowledge of French. There he worked tirelessly to become a world-class author and did become just that.

Keep in mind that back then, probably even more so than today, people got away with using the bible to justify their prejudices. So when people say to you, we can’t give you equality because it is against the laws of our religion and our God that is very tough to overcome.

Regarding Baldwin’s being homosexual, when he wrote Giovanni’s Room (1956) he literally outed himself. Given that there are still public figures today who are afraid to come out of the closet that makes James Baldwin’s coming out fifty plus years ago quite spectacular. To this day whenever I watch him on video I’m so amazed at how decisive he is and how he refused to let anyone put him in that place of being less than.

In my opinion, there just aren’t many people who measure up to the fortitude of character that Baldwin possessed and lived out while overcoming huge challenges.

B: I particularly liked your commercials page because it shows the huge and stark contrast between what we see in the US mainstream media and what we see elsewhere. What are your thoughts on that?

D-P: Interesting that you bring that up. You know I lived in the U.S. for seven years and I often watch American channels like CNN while living here in Canada, so I can relate to what you say regarding what is shown in US mainstream media.

Certainly, the three ads that I now have posted show that people in the UK and France (where the commercials originated) are fairly “low-key” about homosexuality. The proof of this is that the public there can tolerate and be entertained by these ads and the three companies involved had confidence that these “gay-themed” commercials would result in sales of their products.

The international approach resonates for me as an LGBT person partially because we have, as our global family; gays, lesbians, bisexuals and trans people around the world, at different stages, but nevertheless engaged, in the same movement toward equality. To me, being LGBT implies being a citizen of the world because we are so pervasive globally and are connected through our common causes.

B: So very true. Thanks for stopping by.