You are here: Home / Author Interviews / Fandom in LGBT Literature

I’ve never been able to understand fandom. To me it seems like a lot of valuing another person over yourself – almost idolizing them to the point of your own detriment. So I asked J.C. Lillis to come by and talk to us about her book How To Repair A Mechanical Heart since the plot revolves around fandom. 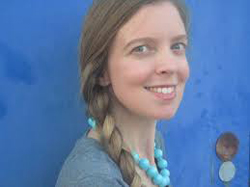 Brandon: Thanks for coming by J.C. Can you explain your perspective on fandom? After reading several of your other interviews I think it differs considerably from mine.

J.C.: Absolutely. I’ve been involved in fandoms since I was a teenager—sometimes as a lurker, sometimes as an active participant—and for me it’s never been about hero worship or an impulse to erase myself and become someone else. I mean, I tend to love antiheroes and villains, characters whose flaws are impossible to ignore and dangerous to emulate. I don’t think I could ever love a character or a fictional relationship that I put up on a pedestal.

As far as what I get out of fandom. . .it’s different every time, but there are a few big reasons why I might latch on to a character. Maybe his struggles mirror mine in some way, and he makes me feel less alone. Maybe she has one thing I really want, like on-the-spot wit or cool confidence under pressure, and I can snag just a little bit of that for myself by adopting a certain gesture she uses or tapping into her thought process (I’m a copywriter by day, and I’ve solved a few cases of writer’s block by clutching my head and thinking “what would Peggy Olson do?”). Fictional relationships also give me a safe outlet for exploring forbidden impulses—like, I’m happy in my marriage and I’d never tolerate a messed-up relationship, but the writer in me is drawn to the drama. That’s why I like my fictional pairings EXTRA-screwed-up: it gives me all the drama with half the heartache. And the heartache is useful, because I channel it directly into my own writing. 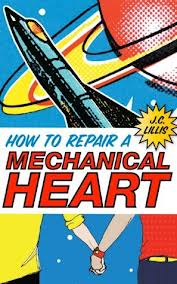 B:  Would you say that too much involvement in fan culture isolates people from society and makes them less likely to pursue their own real-life relationships and goals? Or is this another argument along the lines of television/ video games/rock-n-roll rots your brain from old geezers like me?

J.C.: In my experience, it’s been the opposite. Fandom is all about community, belonging, creativity. I’ve made awesome friends online, and I know people from lots of different fandoms who would say the same thing. Hopefully we’re growing out of the notion that online friendships are less “real” and meaningful than in-person ones. I actually find it easier to reveal my real self to my online friends. I’m a better communicator behind a keyboard, so I don’t have to think “oh man, if I tell them about this, I’ll probably blush and act like a huge dork, so I better keep quiet.” And when we have a fandom or an obscure ship in common, that’s an instant source of deep connection: yep, we get each other. Sometimes it’s a challenge, balancing your online connections with your other friendships, but overall I think fandom does the opposite of isolate you from the world—it expands and enhances your world.

Also, far from brain-rotting—fandoms are home to some of the most insanely creative people I’ve ever met. In every fandom I’ve ever been a part of, there have been writers, artists, and vidders whose talents have made me swoon. Like, I’ve read Game of Thrones fanfic that I liked better than the show or the books, and I used to know people in X-Files fandom who’d take minor characters and build these incredible, intricate stories around them. I know some people are like, “well, why don’t they just create their own characters and universe,” but I think fanfic and fanart are such great, active, social impulses. It’s saying look, I don’t want my relationship with this story to begin and end with consuming it. I want to continue the conversation, argue with the author, slip into this character for a few thousand words and see where she takes me. (Of course, there’s bad fic in every fandom too, and I had a blast writing all the terrible, horrible snippets of Castaway Planet fanfic for HTRAMH.)

B: There is an argument that fandom is simply another course in the development of popular culture, but for some people fandom is a coping mechanism for real life situations and goes much further than the instant inclusion in a community or group. I noticed that particular point with one of your characters in HTRAMH as he struggles with his religious upbringing. What are your thoughts?

J.C.: Yeah, in Brandon’s case, he’s using fandom in maybe a not-so-great way when the story starts. He’s really attached to this cool, remote android character, Sim—partially because he’s got a massive crush on the actor, but also because Sim kind of gives him a model for holding people at arm’s length. And he’s struggling so much with his identity and his residual Catholic-boy paranoia that for a long time, Sim is a life preserver for him. But then as he and Abel visit all the Castaway Planet fan conventions on their road trip, it becomes less about his attachment to Sim and more about the communal aspects of fandom that I mentioned—how it brings people together and gives them common ground to build on. I thought it was important to show that Brandon doesn’t have to give up fandom to be a happier, healthier person. It just starts to serve a different purpose in his life once he falls in love with Abel and opens himself up to a serious relationship for the first time.

B: Let’s talk slash1 for a minute. It becomes a big part of the story as HTRAMH develops but I’ve seen its impact on real people as fans (or non-fans) begin talking on social sites, some of it  could be construed as crossing a line and injurious. Thoughts?

J.C.: Well, if we’re talking about real-person slash, the basic idea for the book actually came from a fandom I lurked in where RPS caused an avalanche of drama. For a while, the fic seemed pretty well-contained within the community, but then some members started tweeting the guys in question and sending them these epic NC-17 fairytales about themselves. The guys seemed to have a good sense of humor about it, but a lot of fans were mortified and there was constant facepalming and infighting and paranoia about the “fourth wall crumbling.”

I have complicated feelings about real-person slash. In HTRAMH, when Brandon and Abel find the slash community devoted to them, they do the requisite dying of embarrassment at first, but then the stories start to become this odd, indirect catalyst that helps bump their relationship up to the next level. But that’s because it’s a romcom and the guys already had feelings for each other. In real life, I can see why some people think it’s creepy and crosses a line. Though when I subject it to the “would I care if it happened to me” test. . .I can’t say I’d really object. I’d probably laugh. I’d read through my fingers, but I’d laugh. So look: if anyone out there wants to write NC-17 fanfic about a gently aging indie author who blogs about vintage ads and giant ceramic elves, GO NUTS. (I would like to be paired with any Lannister from Game of Thrones, excluding Joffrey.)

B: What do you have coming up in the future?

J.C.: I’m writing another YA novel—it’s also a quirky comedy-romance, but it’s pretty different from HTRAMH. It’s about a teenage boy and girl who are in forbidden-love with each other and miserable about it, so they sign up for this experimental self-help program to rid themselves of their unwanted romantic feelings. A blogger I talked to a little while ago called it kind of a YA Eternal Sunshine, which seems about right. It’s an overhaul of a book I drafted close to 10 years ago, and it’s taking a little longer than I’d hoped, but I’m really excited about it. I’d love to release in the fall. Fingers crossed! I have a full-time day job and a six-year-old, so these things always move a little slower than I’d like them to.

I’d also love to continue Brandon & Abel’s story someday, but I can’t bring myself to stir up more trouble for them right now. I miss them, though. Over at my blog I post little “Plastic Brandon” / “Plastic Abel” photo-essay adventures with dolls standing in for the guys, which is a fun way to revisit them now and then and keep in touch with readers who enjoyed HTRAMH.

Brandon, thanks for a great, thought-provoking talk. It was an honor to stop by your blog and chat about the joys and quirks of fandom—thank you for having me over!

B: Very welcome. And thanks for helping me to understand fanfic. 🙂

[1] Slash fiction is a genre of fan fiction that focuses on interpersonal attraction and sexual relationships between fictional characters of the same sex. (Wikipedia)