You are here: Home / Gay Romance Novels / Book Gems come from all sorts of places

Welcome Heather Domin to the blog. She’s here to talk to us about another Hidden Book Gem I found while wandering the internet. ~B 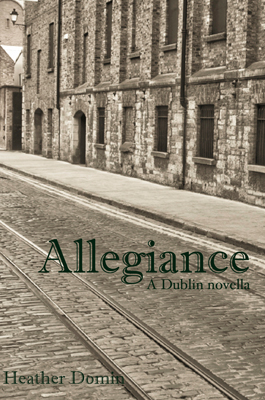 Stories come from all sorts of places – this one came from a newsboy cap.

I get most of my ideas from images, usually a random visual that pops up in my head and spins itself first into a character, then into a premise. Back in 2004 (dear lord, I just realized that was 10 years ago) I was watching an interview with an actor I had a crush on; he was wearing a gray newsboy cap, and I said jokingly to my roommate that he looked like an Irish terrorist. It was a throwaway comment (and not even a clever one), but over the next few days the image kept coming back to me, like a montage in a movie trailer: not a terrorist but a hero, running through smoky streets, dodging gunfire, trying to rescue someone he loved. Thus Adam Elliott (and his gray cap) was born. William developed just as quickly – I knew I wanted a cinematic drama with lots of danger and a love story to match, and what could be more dangerous in 1920s Dublin than falling in love with another man who’s secretly working for the Crown? I’m a sucker for the enemies-to-lovers trope. I wanted Adam and William to be two sides of the same coin, two people who had been through similar traumas but reacted to them in a very different ways. I decided to tell the story from William’s point of view so the reader could experience Adam along with him, but it didn’t take long to realize that it was William’s story I was really telling. The outline came together pretty quickly, and everything took off from there. There was so much to explore: history, culture, religion, class, love, loss, fate…. plus, you know, beautiful men with accents angsting all over the place while wearing (or not wearing) period clothes. Because newsboy cap.

I find this period in Irish history fascinating, and I did a lot of research to be as accurate as possible so that nothing would come off as caricature. As a history buff it’s important to me to create a sense of place; in the end Dublin itself became a character, which I think adds to the story as a whole. I wrote most of Allegiance for NaNoWriMo 2004 and finished it over 2005; I shared it with my friends, and then it lingered for years gathering internet dust while I worked on my Roman novel. Fast forward to 2011 – I was going through a pretty rough time, and I decided to cheer myself up by pulling my old beloved Irish story out of mothballs and putting it out into the world it as a free e-book. I released Allegiance on New Year’s Day 2012, and the two years since have been pretty darn awesome.

The way people have responded to this story warms the cold cockles of my wizened heart, but it’s true that it has never reached its potential in terms of exposure and readership. One reason is genre – my stories tend to mix several genres, making them harder to market (too much sex for the action crowd, not enough sex for the romance crowd, etc.). But let’s be real: the main reason is that writers need to put a lot of effort into self-promotion if they want their stories to stand out, and I am pretty terrible at that. It’s just not how I roll. I am neurotically introverted, socially awkward, lacking in self-esteem, and extremely lazy, none of which make for great marketing skills. So I lurk in my corner and do my thing like I’ve always done, and take advantage of promo opportunities when they arise. (Like being invited to do a guest post at an awesome book blog! Hey!) Which means I’ll probably never be “successful” in financial terms, but I’m copacetic. I just want to share stories with as many readers as I can manage. Books were my escape as a kid, and they’re still my escape as a pseudo-grownup – if one person out there reads something I wrote to forget about their crap day, that is my success.

Dublin, 1922. William Young is an informant for the MI5, using his working-class background to gain the trust of dissidents and radicals deemed a threat to the British Crown. Tiring of his double life, William travels to Dublin for one last assignment: infiltrating a circle of IRA supporters. But these “rebels” are not what he expected; and one of them, a charismatic firebrand named Adam with a past as painful as his own, shakes William’s uncertain footing to its foundation. As the crisis in Dublin escalates, William treads an increasingly dangerous path between the violence in the streets, the vengeance of the Crown, and the costliest risk of all: falling in love with the man he was sent to betray. 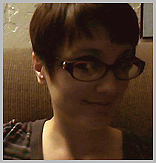 Heather Domin writes romantic, historical, and speculative fiction, including Allegiance and her 2009 novel The Soldier of Raetia, set in Augustan Rome. She is currently finishing up The Heirs of Fortune, the sequel to SoR, and working on a contemporary paranormal series. Occasionally she ventures out of her cave to post at Unusual Historicals, and she’s been a member of the Historical Novel Society since 2007. She can usually be found skulking around Twitter and Goodreads.