You are here: Home / Gay Fiction / Naked in the Rain 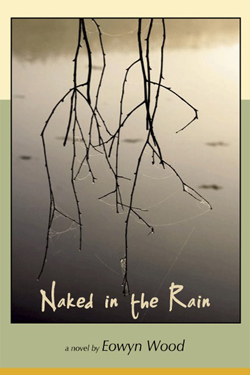 People ask me, why write about two boys who run away and become prostitutes? The answer is, I don’t really know! Some people attribute it to my “day job” working at Cascade AIDS Project, a non-profit AIDS service organization. While it’s true CAP has exposed me to people with a lot of different life experiences, the story was in my head long before I began working there.

It started back in 1999. The story had been growing in my head over that year, until it felt so huge I had to get it out. I remember the precise moment I decided to write it down. It was just after New Year’s 2000, and I was in the car with my sister in god-awful Southern California traffic. I’d looked forward to the 1999-2000 New Year for most of my life. And what an awful New Year it turned out to be! Just totally crappy. (Well, almost totally. There were a few redeeming moments.)

I was sitting in the sunny car hating my life and feeling sorry for myself that my “special” New Year’s 2000 had sucked. So I thought up a way to make New Year’s suck for Brian, the main character in the story in my head.

And I felt better.

I had discovered that putting Brian through various “tortures” made me feel better about my own life. That sounds crazy and a bit sick, but it’s true. (Poor Brian.)

This story had grown so long and complex, and I was so in love with this new scene of Brian’s ruined New Year’s…. It suddenly struck me as I sat in silence next to my sister: I should write this!!

And I did. As soon as I got back home to Portland, Oregon, I wrote and wrote. For hours after work, all day on the weekends. Eventually I couldn’t keep up that schedule, and did most of the actual writing on weekend mornings. That was the time I looked forward to most.

But I worked on the story in different ways, too – sitting on the couch with the outline, figuring out where to put which scene, getting new ideas. Making notes. Ideas would especially hit me in the shower and when I was driving alone. Or at night when I was almost asleep. My mind mulled over it constantly, consciously or subconsciously.

Something about the act of writing it down allows the story to flesh out, for subplots to develop, for minor characters to take on their own life and become more important to the story (Ted!). I guess getting it out of my head allowed room for more to grow.

When I got to page 1,000 on the computer and was only maybe halfway through the story, I realized I had a problem. Even with editing. Thus, it became two books instead of one.

About 2 ½ years after I started, the first draft of both books was complete. Because it’s really one story, I felt compelled to complete the whole thing before going back to edit Naked in the Rain and try to get it published. Working on 2,000+ pages takes a long time, not to mention the publishing process…

So here we are over a decade later, and the project is done. Afterglow was published in 2010. The story is complete and now out of my hands, delivered to the world, where Brian and River can grow and live in the minds of everyone who reads it.

P.S. Brian’s crappy New Year takes place in Part 5 of Afterglow. You’ll know it when you see it!

P.P.S. Toward the end of 1999 I suddenly got the urge to paint my nails black and smoke cigarettes. This ended as soon as I started writing.

Naked in the Rain by Eowyn Wood

They seem like opposites: River’s a troubled teen who loves to fight; Brian is a piano prodigy who attempted suicide. But together they forge a bond beyond anything they imagined.

River and Brian run away with dreams of escaping their abusive homes and exploring the world. But reality hits as they wander the streets of Los Angeles: no money, no food, nowhere to go. Until they meet a stranger who will change their lives forever…

Lured into a world of drugs, sex and power; a world of seductive beauty and terrible secrets.

Can they escape? Do they want to?

Naked in the Rain reviews at Amazon.com and Goodreads.com. More info at www.eowynwood.com. 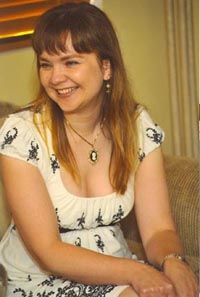 Afterglow is the sequel to Eowyn Wood’s award-winning debut novel Naked in the Rain. In addition to her work as an author, Wood edits for Crooked Hills Publishing and works at a non-profit AIDS service organization. Wood resides in Portland, Oregon with her wife, three cats and twins on the way! She’s been on a bit of a hiatus, busy gestating…