Welcome Hans M. Hirschi to the blog. He’s here to talk about his latest novel Jonathan’s Hope which deals with a young man forced from his home because of his sexuality. We also want to extend our very heartfelt congrats to Hans and his partner who are now the very proud fathers of a beautiful baby boy. (See his twitter feed for ultimate baby cuteness.) ~B. 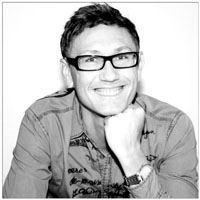 When I started writing fiction again, the thought of writing about homelessness was not foremost on my mind.

No, that’s an understatement.

It wasn’t on my mind at all. 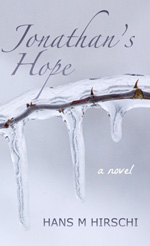 Yet Jonathan’s Hope is about a youth who is tossed out into a forest by his parents who want him dead without physically killing him. When I started writing that story I had just gotten another one out of my system, “Family Ties”, a book that is also in the process of being published. There, two brothers and their families gather for the funeral of their mother. They each face different demons and obstacles that might challenge not only their relationships, but their own well-being and future. That story is told in a 24 hour time frame, and deals with other difficult topics, from rape, infidelity, to child molestation, and of course, other challenging topics such as parenting, coming out, and living out and proud. 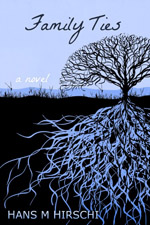 Family Ties and the characters mean a great deal to me, as they represent various aspects of me, and many of the experiences are based on things I’ve experienced myself.

One Friday afternoon, after having finished writing “Family Ties, I set out to reward the readers of my blog with a short story, and ended up with a stranger knocking on the door of my protagonist Dan. I immediately realized that I couldn’t just leave it at that, and in hindsight, I’m happy I didn’t, because otherwise I wouldn’t have met Jonathan. He and Dan have come to mean a great deal to me, their struggles, the challenges they face, the uncertainty throughout the creative process.

Would they make it, would they emerge as a couple, as friends? I’m not going to say what the outcome is, but I’m very pleased that it finally turned out the way it did.

My writing is chaotic, to say the least. I just let my fingers move across the keyboard, typing what seems to come straight from my unconscious. Apparently my brain had been thinking about what it means to be young and gay, the psychology behind homophobia. I cried buckets when I wrote the chapters about Jonathan’s parents, probably the hardest part of the entire book, when those villains take human form. I’m getting ahead of myself, telling you things you should read for yourself.

I had never given homelessness much thought, particularly not in the light of youth and being LGBT. While Jonathan’s homelessness is temporary and relatively short, I was intrigued by the topic and wanted to find out more about kids who suffer this plight. I’ve since read several books which deal with this, and my current project centers around this topic, although I don’t know yet where, and how exactly it will end.

I, who had always felt that my life was miserable growing up, bullied in school, my diaries burned in the fire place by parents who couldn’t deal with a gay son, who refused to speak to me for days after my coming out. Yet in the end, I still had my room, I was fed, I could shower, dress in fresh clothes daily and, eventually, my parents came to accept me for who I really am. I feel very strongly for kids whose parents do not, cannot accept them, and I needed (still do) to explore that further. Jonathan was the first one out, but Brian will be next, and his plight is so much harder.

If I have a goal with my writing, then it must be to portray gay people as being as “normal” as the next person, our lives as successful, happy or miserable as anyone else’s. My characters are parents, children, siblings, grand kids. They cheat on each other, they make up, they fail, they succeed, but ultimately, there is always hope. Being a romantic at heart, I need a happy ending, I need hope to prevail, and that is why my books won’t end in a complete disaster.

Curious to get to know Jonathan, Dan, Sascha, Mike and the rest of the characters? They’re only a couple of clicks away on Amazon.