You are here: Home / Author Interviews / Amazon, Inclusivity and Suicide: Why I Bother To Write At All 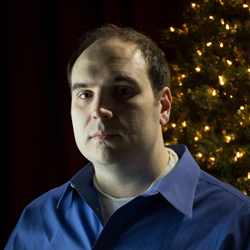 As writers we sometimes find ourselves becoming confidants for readers. I know it has happened to me more than once. The reader connects and they want to share something with you; something they have never divulged to another soul, and then you scramble…wondering what words touched their heart enough for their confidence, and more importantly, you ask yourself what you can do to help. Friend and author, Dave Arney, who writes under the pen name Michael Moye is here to tell us about his book and his own recent experience. ~B.

I write primarily for the Young Adult/New Adult audience, which means I try to at least keep up communication with various members of that age group via Google+ and Twitter so I’m not horribly out of date about what’s going on.

On Valentine’s Day, I received a chat from a beta reader I’d met in a few communities on Google+. He’s extremely talented with editing, and actually made some great suggestions on cleaning up some rough patches, in addition to helping me gauge interest, hook, all the good stuff.

He told me he was going to kill himself.

It brought my good news from the day before, that I’d made Round 2 of the Amazon Breakthrough Novel Award, into drastically new light. Before that chilling message, I was proud of myself for advancing.

I wrote Cry, Baby from a deeply emotional place. I tried to deal with issues that modern teens face, especially gay teens. I submitted it to Amazon without the slightest certainty that it would go much further than the premise.

I’m not amazing. I’m dyslexic, there are errors. There are weird passages because I don’t think like everyone else does. I don’t pretend to have captured the soul of the age, just my own. 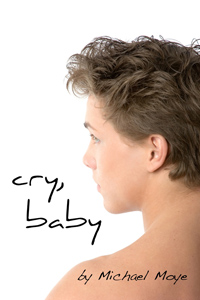 In a highly profitable commercial genre where we usually see white-washed, straight examples of vanilla angst, I had advanced. In fairness, there are authors who are already trying to break the mold, but the juggernaut is in motion.

So the fact that Amazon reviewed my pitch, a story about a gay teen who has sex with older men in an attempt to escape an alcoholic, verbally abusive, and overly religious home and ultimately goes on to deal with love, relationship, and suicide, says a lot.

Yes it’s just round one. Yes, it’s almost inevitable that a sixteen-year-old white girl will grace the cover of the eventual winner’s book. But they still sent my book through to the second round.

Amazon isn’t alone, publishers are recognizing that we need books that aren’t vanilla, white-washed, sugary-sweet representations of upper class angst. My genre, the New Adult genre, isn’t about being sexy. It’s about addressing real issues faced by real teens in a realistic way.

It should give all of us hope that even with all their stats that show the hugely disparate sales data between the small but growing market of realistic books written to and for LGBTQ teens, and the vampire laden, white-washed, angsty heterosexual romances, Amazon still advanced my queer little story to the second round.

For my beta reader, I made a stressful call to the boy’s Principal. The school reacted as it should, though I knew I was angering a fan, and bringing more short term trouble in the process. But I knew I could live with that, because at least he’d still be alive to be angry with me.

He contacted me the next day; a mad, pissed, furious, scared, sad, confused, mostly-understanding, almost-thankful teenager. His problems aren’t over, but he’s here for one more day to face them.

One more day to write.

He claims he isn’t a writer, but the voice he writes in is incredible, and unique, and I might never have known that if I hadn’t made that call.

Cry, Baby is emotionally true, so it will touch a few people. Not because I’m an amazing author. No, it’s because I had a moment of honesty that I was arrogant enough to want to share with others. And someone at Amazon saw the possibility of that honesty.

Why do I write?

Because maybe, just maybe, this queer little book, this explosion of honest emotion, might find it’s way into the right hands so that one day, I get a message that tells me how a fan decided to go on living.

That’s something I could be proud of.