You are here: Home / Author Interviews / Sometimes You Have to Make Your Own Light

Welcome friend and MM Romance author DP Denman to the blog with an important post about finding hope.

I read a story recently on a new website called YouthResource.org. Ok, so they’re not exactly “new” but they’re new to me. The online resource run by LGBT youth for LGBT youth isn’t flashy or impressive but it addresses the basics from how to come out to your parents and topics like HIV. It also has sections where youth involved in the peer program can share their stories. One of them ended a tale that I know glossed over the worst parts by saying, “Sometimes you have to make your own light at the end of the tunnel but you don’t have to do it alone.”

Those simple yet inspiring words cut right to the heart of what groups like The Trevor Project and Lost-n-Found Youth are trying to tell LGBT kids. It’s difficult to be a teen and sometimes things happen that you never expected and would rather not deal with but that doesn’t make it hopeless. 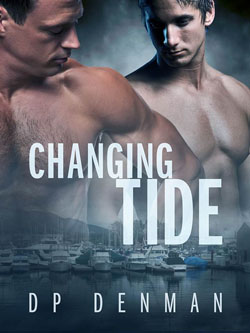 I’ve spent a lot of time working with kids, many of them homeless. I can relate to the abandoned and unwanted, castaways from a place that is supposed to be a safe haven. My story isn’t as extreme as theirs is but I know what it is to be labeled “unacceptable” and tossed aside. It’s something that should never happen to a kid but it does and more frequently than many people think. It’s a depressing subject but there are lights at the end of the tunnel. One of them is the explosion of LGBT-focused youth organizations in the last 15 years. Yes, it’s a small explosion over a large continent but it still counts.

20 years ago, there was no Trevor Project. PFLAG had yet to include transgender. Safe schools were whispered about but there was no legislation anywhere in the US. The It Gets Better campaign wasn’t even a glimmer in the distance. Kids struggled alone. Kids died alone. It doesn’t have to be the case anymore. Yes, it still happens. Yes, there are pockets where the message that help exists isn’t loud enough or clear enough but over the next decade, I expect to see that message broadcast to every section of the continent with a bullhorn. No more whispers in the shadows. No more youth shelters with a single token LGBT bed. They’ll have their own network apart from straight kids, something created just for them because people really do give a damn and help is out there.

As Andrew Cray said in his recent article about LGBT youth, the problems faced by these kids are “…not inevitable and they are not unstoppable.” Centuries of struggle and living in the shadows have produced a mindset that this is the way things are and to a certain extent always will be. We can change parts of it but LGBT people will never reach a point where they can stop apologizing for being different.

That doesn’t have to be the truth if we refuse to accept it. LGBT kids are no less deserving of a safe home and a safe school than heterosexual kids just like LGBT adults are no less deserving of safe neighborhoods and employment security. It’s a truth we need to embrace and enforce. That’s hard to do for some people who still bear the emotional and physical scars of youth after suffering a wide variety of abuses. Standing up and saying “enough of this shit!” is terrifying because we’ve personally seen the backlash standing up and standing out can bring. However, now is the time to be brave for ourselves and for the kids coming after us. They deserve better than what we had. Hell, we deserve better than what we had but we can’t change the past. We can only change the future.

Today gay and lesbian adults get to experience the same pressure their straight counterparts do…”so, when are you two getting married? I want grandchildren sometime before I die, you know.” It’s a wonderfully liberating annoyance. I want to see a country where LGBT kids can fret over who they’re taking to prom and not have it turn into a discussion about whether they feel strongly enough about the issue to put their diploma on the line. Instead, they’ll worry about whether or not his tux clashes with mine and what if her suit doesn’t go with my dress and battling a case of nerves over going to their first dance as a girl.

I don’t want to dream of a day when love is an emotion rather than an issue, when LGBT equality is a right not an agenda. I want to see it.

DP Denman is an M/M (gay) contemporary romance author, eclectic reader, obsessed writer, and determined LGBT rights activist. She lives with her fur babies and a pair of hyper-caffeinated muses. Watch for the release of her debut novel Changing Tide in October 2013. Connect with her on Twitter.

(1) Cray, A., (2013). 3 Barriers that Stand Between LGBT Youth and Healthier Futures. Center for American Progress.