You are here: Home / LGBT Equality / Where Vaginas Collide – Interview with Erica Tremblay

If you’ve never been to a Roller Derby event you should understand that this isn’t some lipstick lesbian social with ladies casually circling the local roundabout on roller skates. The sport is so intense that you have to sign a release before you even go in because you may get hurt just watching. It is high octane and a whole lot of fun. I had the chance to go once several years ago, but have never had the chance to go back. Seems to me I need to change that and fairly soon, as the sport just continues to heat up.

B: I honestly love the thought of promoting social justice through the inclusiveness of any sport, but tell me how you came up with the idea to make this into a documentary.

E: I have been skating for seven years and have always wanted to make a film about roller derby but it took me a while to find the hook. There are a couple of really good documentaries out there that already tell the story about the game. I want to make a film about the culture and the women. The Vagine Regime is a queer collective made up of roller derby’s LGBT individuals and its existence was instrumental with my own coming out of the closet and I am constantly inspired by what roller derby is doing to celebrate diversity and promote women’s health in general. There is a revolution happening in this country right now with many groups pushing and fighting for basic rights. This film will be the story of one part of that revolution set with the backdrop of this amazing raucous sport. 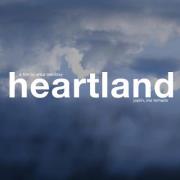 B: You also made another film, a documentary about the Joplin, Mo Tornado called Heartland which killed 160 people.  That’s a far different film than this and I understand that Joplin was your hometown, so how was that received and what kind of impact did it have on you personally?

E: The tornado that hit my hometown has forever changed my life and the lives of everyone else from Joplin, MO. When something so tragic happens you go through these immediate motions of shock but then you come to and all you want to do is help in some way. I pulled every favor that I could and loaded up a plane with an amazing crew and some gear and we spent a year making this film about the human spirit and recovery. We premiered the film in Joplin this May and it was just the most amazing experience. We are now hitting the festival circuit. Heartland and the Vagine Regime may seem like very different films but I have always been drawn to stories about people who overcome adversity and find themselves on the other side. In that sense, the two films are very similar.

B: I heard this in your Kickstarter promo vid Always Forward, Never Straight. Love it. Is that statement a part of roller derby culture or just the VR?

E: Wise words, indeed. This is definitely a sentiment you feel across all of roller derby. I think that the grass-roots nature of the sport results in a lot of people coming together who have ideas and want to make something happen. Roller derby a hot bed of diversity with lots of opinions and expression being tossed around. We are always moving forward to our goal of legitimizing the sport; we just might not always take the most traditional path to get there.

B: Transgender inclusion has been a big debate in the roller derby circuit and the VR looks to focus a little on that. Can you tell us a little more about that aspect of the film?

E: Roller derby has one of the more liberal transgender policies when it comes to organized sports. I have gotten to know several amazing transgender skaters over the years and I have seen them flourish without much resistance from the other women in roller derby. It is really special. I have always been a huge fan of queer documentaries but I have grown tired of seeing the same sad stories being told. Sure, they have their place in education but I want to make a film that showcases the diversity that exists in all parts of society but that is celebrated by the Vagine Regime. Where openly straight, lesbian, bisexual and trans individuals are all signing autographs for fans together.

If you’d like to help Erica with this important documentary

Stop by her Kickstarter page and donate and/or help her promote it. I personally suggest both. Sport has arguably been one of the biggest promoters of inequality. This film and the sport of Roller Derby is trying to help change that.

SEE THE VIDEO TRAILER BELOW

You can connect with Erica on Twitter or Facebook, and if you’re really lucky you can see her and the Angel City Derby Girls live.

If you are a LGBTQ author, artist, or filmmaker and would like to chat, please feel free to contact me.