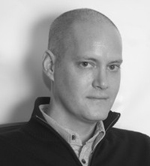 My inspiration was myth and fantasy foremost, but I also saw the main character Aerander as a young man finding his place in the world. Part of that journey is figuring out how to live as a man who is attracted to other men. Having gone through that myself, that storyline was appealing but also a challenge to write. 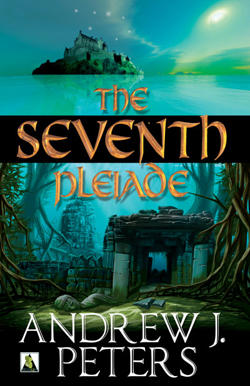 I took the world of Atlantis from an ancient Greek point-of-view. People didn’t think of men and women as “gay” in the way we do now. I have a funny story about that misconception.

I teach a course on human diversity, and one semester, when I was lecturing on the topic of sexuality, and mentioning ancient world perspectives, a young man raised his hand and asked, very earnestly: “Wasn’t gay marriage legal in ancient Greece?”

Today, we’re concerned about the right of two men or two women to marry, but I can’t imagine ancient Greeks thinking about that issue, at least in such terms. Romantic relationships between men, that we know about, happened in the upper classes – men who owned land, came from moneyed families, were educated, etc. — and in the military. Most men probably faced the same social pressure to marry women and start families as we face today. But as a gay man, seeing the abundance of male nude artwork from that period, and reading romantic stories like Achilles and Patrocles, it’s tempting to envision that world as a place where all of us gays could live free and happy lives.

Despite that temptation, I wanted to write a story that explored how a “gay” teen might have navigated relationships with other boys in that time period.

B: Even within that milieu the central themes of The Seventh Pleiade still have relevance for gay men today. Do you agree?

A: I do. From what I’ve learned about ancient Greece, it was a gender segregated, patriarchal culture which would have had similarities to some traditional Middle Eastern societies that exist today. Boys were raised separately from girls. We know that sexual relationships happen in that context, and they’re tolerated if not acknowledged publically. I think another thing that happens in gender segregated cultures is that boys get taught they must live up to a masculine ideal. Effeminacy is shunned, and men are expected to be dominant in every way, including sexually.

The thing that’s intriguing about ancient Greece is that there was this erastes/eromenos tradition in which an older man (erastes) took a younger man (eromenos) as a lover in a mentoring arrangement. It was written about enough by philosophers and historians to conclude that those relationships were openly recognized and matter-of-fact. Still, the Greeks seem to have been very conscious of the way men expressed themselves publically and privately. Plato actually writes about this in an oddly defensive way, explaining that romantic relationships between men are only honorable when they have risen above the physical expression of love (i.e. a platonic relationship).

I don’t think that we as gay men have become completely liberated from those beliefs. There’s still a lot of bargaining that goes on: the idea that you can be gay as long as you don’t “act” gay. That was a bit of baggage I grew up with myself. I think many of us also know guys who are uncomfortable being perceived as the “bottom,” even though that’s what they do when the lights are out.

B: It’s interesting how the allegiance to the patriarchal society outweighed the dedication to personal interests. That seems quite a contrast to modern society which is so overly egocentric. And yet, around the world this is still a challenge to gay youth and gay men alike. How did you address that?

A: That’s an interesting point. We’ve moved quite far toward individualism, which I guess you’d say made the gay rights movement possible.

My main character Aerander couldn’t be the kind of young adult character who resents his parents and his peers for being small-minded, hypocritical bigots. He’s responsible for representing his family to his country and continuing a noble dynasty that goes back centuries.

Aerander tries out different ways to reconcile his personal interests with his family’s interests. He tries to make his relationship with another boy more “honorable” by hiding from his family that he’s the submissive one when they’re together. When that embarrassing secret comes out, he vows to never be with a boy again. And then — when he meets a boy named Lysimachos — he wonders if he could still be honorable in a relationship with a boy of equal standing. That wasn’t as common as the erastes/eromenos tradition, but the Greeks had a word for that kind of bond, parastatheis — two men living side-by-side.

I also tried to depict his struggle through his interaction with his cousin Dam, who also has relationships with boys. Aerander takes a protective and at times judgmental interest in Dam because of his insecurities.

B: The character Dam really had an impact on me. I saw so many similarities between him and the homeless youth of today that I instantly felt for him, particularly the survival vs social standing conflict with his character. Maybe you could tell us a bit more about him?

A: Sure. Dam is a novice priest, which in the world of Atlantis is a small step off the streets. When Dam realizes he likes boys, he uses sex to get the things he needs from boys of privilege. He doesn’t have the luxury of ruminating over honor and reputation as Aerander does. That makes him freer and more accepting of who he is. It also makes his life more dangerous, and he shares Aerander’s struggle to find happiness with another boy.

B: I think that’s a struggle many can relate to.

You can find Andy on his website, or pick up his book from Bold Strokes Books, Amazon, Barnes & Noble or Indie Bound.