You are here: Home / Author Interviews / The First Cut Is the Deepest: My favorite story? 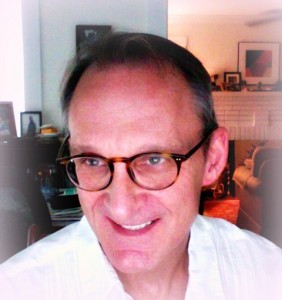 Asking a writer to identify a favorite story from their “literary” portfolio is to my mind akin to asking a parent to name their favorite child—which is why, I expect, so many authors respond by saying: “It’s whatever I’m working on.”  I confess that when Brandon Shire suggested I pen a guest post to answer that query, my initial response was the same.  However, a perusal of personal archives dating back decades pointed toward a different conclusion.  From that enterprise I learned that I had revised one story more often than any other—some twenty-three times, in fact, over the years following its initial 1992 publication.  The story is Irises, Purple Irises.

Such attention on my part surely bespeaks an unusual attachment to—if not a downright obsession with—the story.  Furthermore, I was surprised to rediscover that all that authorial fussiness had transformed “Irises” from a 3,000-word short story into the 12,000-word novelette that currently anchors So They Say, my 2012 interrelated story collection.  Why, I had to ask myself, had I devoted so much time and energy to one work?

The answer I’m convinced is a simple one: Irises is the story that hurt the most, that cut the deepest.  That is because while the story is not autobiographical, the issues I attempted to address in it are intensely personal. 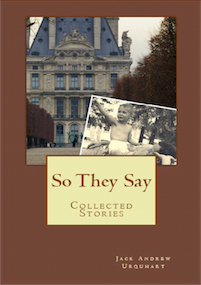 Irises tells the story of 38-year old husband and father, Rex Fordham.  Set in Colorado, circa 1986, the storyline follows the life-changing events that befall Rex, his wife Marcia, and their fourteen-year old son Alec in the aftermath of Rex’s same-sex affair.  It is, to my mind, a ‘point of no return’ tale that roots new beginnings in a painful ending—in an initial act of separation that cuts very deep indeed.

I remember well the circumstances of my life—newly ‘out’ graduate student, soon-to-be-divorced father of pre-teens—when “Irises” first came to print.  Likewise, I remember how surprised I was by the response to my little story, by the several gay men who contacted me to say how “Irises” had resonated.  Tellingly, they were all baby boomers like myself, men who’d come of age in the 1950s and 60s when there was little or no context for understanding, much less any safe venue for exploring, their homosexual yearnings.  Most of these men were in heterosexual marriages; some were fathers.  Others (two or three of them, small-town Southerners like myself) confided that—aside from an early notion that pejoratives like “faggot,” “queer,” and “homo,” implied a vague sexual deviance—they had no real understanding of what it meant to be homosexual, and even less knowledge of homosexuals in history, until they were well into their twenties.

Today—at least in most of the first world—gay people have a broader context for understanding their sexuality as they come of age, and more knowledge of homosexuals in modern society and history.  I like to think that contemporary fiction—the preponderance of stories featuring homosexual characters engaged in ordinary and extraordinary lives—has played a role in that regard.  I like to think that encountering a reflection of oneself on the printed page, even when the particulars aren’t a perfect match, is self-affirming, maybe even comforting—to any human being.

Which brings me home to the point of this ramble, and the reason “Irises, Purple Irises” has been special to me.  I think it’s because of that years-ago initial handful of readers, and the notion that a story could proffer solace.  Which isn’t to say that the act of reading a story—any story, much less one of mine—can make the reader’s own ‘point of no return’ less painful, that first cut on the perilous route to self-acceptance less deep.

Jack A. Urquhart holds a Master of Arts degree in English, Creative Writing, from the University of Colorado at Boulder, where he was the winner of the Harcourt Brace Jovanovich Award for Fiction (1991).  His work has appeared at Clapboard House Literary Journal, Crazyhorse Literary Journal, and Standards: The International Journal of Multicultural Studies Online.  He is the author of So They Say, a collection of interconnected stories.  Formerly a writing instructor at the University of Colorado’s Writing Program, Mr. Urquhart was, until recently, a senior analyst for the Judicial Branch of California.  He resides in central Florida.  You can find him on his website or on Twitter.