You are here: Home / Author Interviews / Silencing Over 50 LGBTs

Mark McNease is here to talk to us about being over fifty and LGBT. He has a blog that specifically caters to us older folk, and several books that feature the silver foxes we love so much. Be sure to check out the link to his podcasts below. ~B 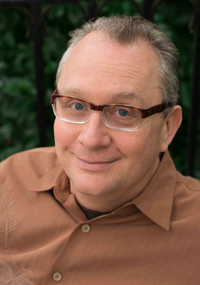 It’s a short tagline: Aged to Perfection. It’s also the message I’ve wanted to send to aging LGBT people for a long time now. We’re a population that often gets the sense our culture would just as soon we shuffle off the stage, make way for the next “30 Under 30” and generally accept our accelerating disappearance from the public consciousness once we pass the 50-year mile marker, usually sooner.

Almost three years ago I launched a website for LGBT people over 50, lgbtSr.org, in an effort to create a space for a population that often finds itself corralled away and its voices silenced, as if people over 50 have nothing to say and are not to be seen. Perhaps coincidentally, this is also the time I started writing the Kyle Callahan Mysteries. The two projects dovetailed nicely and I’m not sure which came first to me, the older chicken or the older egg.

After years writing stories of the human soul’s dark moments, unread by more than a handful, I decided I wanted to write a mystery series that would be fun to write and read, and would feature characters of my own age. Thus was born Kyle Callahan, amateur photographer, personal assistant to the hyperkinetic, foul-mouthed TV reporter has-been Imogene Landis, and partner to restaurant manager Danny Durban. My own husband Frank and I regularly go to an LGBT resort in the Poconos called Rainbow Mountain. One weekend there I took a picture of their empty blue swimming pool (it was October) and said, “This would make a really great place to set a murder mystery.” So I did. 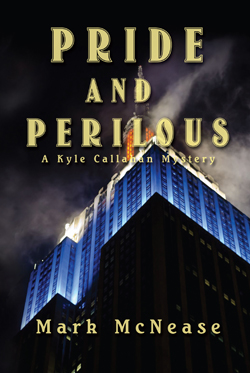 ‘Murder at Pride Lodge’ came out in September, 2012, followed this year by ‘Pride and Perilous’. The third is being birthed slowly and with much resistance. Meanwhile, I have two short stories now out, ‘Rough and Tumble,’ a dystopian love tragedy of sorts about a male couple living in a bleak future, and very recently, ‘The Seer.’ Neither is a light gay mystery with a gruesome murder or two.

I wanted to write a series that reflected my own life as a 55-year-old gay man. I wanted to read about characters my own age. There is very little out there for this readership, but they are definitely there. I’ve met hundreds through our website (I say ‘our’ because I have a small, dedicated group of contributors). I’ve met them through the many interviews I’ve done, by myself and with my co-host Rick Rose on our ‘Aged to Perfection’ podcast. These are vibrant, creative, energetic life forces who often see little of themselves in image and print, but who nonetheless continue to live fully and robustly.

A recent survey quoted in the Bay Area Reporter found that a full 15 percent of LGBT seniors had seriously considered suicide in the previous twelve months. The reasons are too many to address here, but isolation is high among them, as is, I contend, the sense that we stop mattering to the communities we live in and the media that neglects us. We are not on the covers of magazines, we are not the subjects of popular M4M fiction, we are often nowhere to be found. There is as yet no “It Gets Better Project” for the aging among us, and it has been my mission to change that, in my own small way. Writing a mystery series about a couple in their 50s, their lives populated by characters who remember Janis Joplin, Sylvester, Harvey Milk and typewriters, is another way of saying we’re alive, I’m alive, and I’ll leave the stage in a body bag. Until then I have stories to tell, and stories to listen to: the stories of Patricia Nell Warren, Michael Kearns, Eduardo Santiago, Nikko Giovanni, Alice Walker, and the many more regular people who are living their stories day to day, year to year. If you stop and listen, you will hear us. If you look, you will see us. And if you live long enough, you will be us. We’ll be waiting to welcome you and to live out loud together.

Mark McNease is the author of the Kyle Callahan Mysteries and lives with his husband Frank Murray in New York City. Mark has published dozens of short stories and articles over the past 30 years. He won an Emmy for Outstanding Children’s Program as the co-creator and writer of a show for 9-12 year olds. He’s had six plays produced, the last being at New Jersey Repertory Company. He is the editor and publisher of lgbtSr.org, a website for LGBTQ people over 50, where “age is embraced and life is celebrated.” He’s also the co-host of the podcast “Aged to Perfection” and has interviewed such notables as author Patricia Nell Warren, Rev. Troy Perry, Meghan Stabler and New York Sate Senator Liz Krueger.