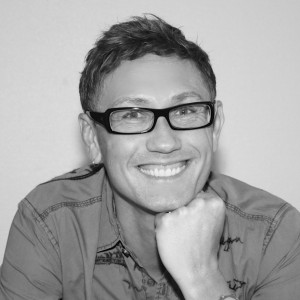 As a young boy, my brother and I would play super heroes. I’d be the Flash, he’d be Batman. We’d save the world with our combined imaginations. That imagination also helped me write stories from a very young age. I had all but forgotten about it until I recently discovered some old writing from my preteen and teen years.

I also kept diaries. I lost those, however, to a “gay purging” fire after my first coming out at the age of seventeen, a few months before I headed west, to America, as an exchange student. There, encouraged by my English teacher, I took up writing again, a journal filled with teen angst and stories about saving the world, centaurs and other mythical creatures.

In 1991, inspired by hopeless love (he was straight), I wrote poetry and published my first book “Moments.” After that, it would take me nine years before I’d write again, and by that time I had gone nonfiction, publishing a book on e-learning in Swedish and in 2010, a management book, “Common Sense” in English. Oddly, majoring in literature had turned me away from reading and writing fiction, and traveling the globe on business for many years, didn’t help either. 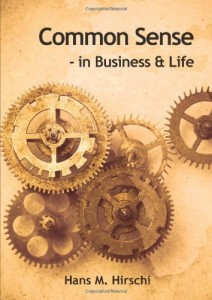 Then, last Christmas, having resigned from an executive position, three months from parental leave, no prospect of landing another job quickly, I decided to focus on something I had always felt passionate about, writing. Within two weeks, my first novel was written. I was amazed by the amount of imagination still left in that forty-five year old brain, so badly damaged by the demands of being a responsible adult.

Two weeks later, bored of sitting at home, not really inclined to proofread or edit, I started writing another story, and within three more weeks, my brain had literally spewed out an additional novel. Initial feedback has been very encouraging, and I’m now facing the arduous task of editing, rewriting, and finding a good publisher.

The first book is about a family gathering for a funeral. Two sons, each struggling with personal demons, one gay, the other straight, finding back to each other, mending broken relationships, all in the space of twenty-four hours.

The second book is very different. It’s about a young man literally discarded in the woods by his parents for being gay (a sad but all too common story in real life), struggling to survive before meeting, by chance, another man. The story evolves around their budding relationship, how they bridge their age difference, find love and overcome family drama. I was amazed that I had that story in me. Who knows what’s in store next?

The process of writing fiction is very different from writing nonfiction. Where my nonfiction starts with a list of chapters, a neat order in which various things need to be discussed, my fiction is “Sturm & Drang,” an orgasm of words from my imagination straight onto paper (or in my case, a laptop), then having to go back to make sure it’s all connected, logical, without plot holes. More than once I found myself looking at the words pouring out in front of me, wondering if that really was the way I wanted the story to go, but in the end, it worked out nicely. I write in English, which is challenging, as it is my seventh language and thus not a given choice, but in the end it is the language I feel most comfortable expressing myself in.

The two books I’ve written so far both include children as a natural part of gay relationships. I can’t help but write about that which I know, which now includes parenting. Our son was born less than two months ago, thanks to a surrogate mother in India, and it’s an incredible journey we’re on. I am sure that rainbow families will always be a part of my writing, because if there is a mission with what I do, it’s to instill hope, hope that it does indeed get better, hope that anybody can be happy, find love and start a family. This was far from given when I was seventeen, and I am pleased for the younger generations and the opportunities opening up to them.

I also hope that my books may reach different audiences, showing them that we don’t hurt anyone in grasping those opportunities, that the families we start, the lives we live, are no different from those you’d typically pick up in a book store and read about.