You are here: Home / Author Interviews / Oops, I Didn’t Know I Couldn’t Write About Sex

The truth is that some believe erotica is cheap. They dismiss it with other genre writing like Sci Fi or Romance. Many see these types of stories as inferior to scholarly or academic works. I disagree. I won’t argue that some erotica is pure smut, merely words to get off by, but not all, and certainly not mine. I believe that there is such a thing as “literary erotica,” and I consider my work to fall into that category. Why? Because I write erotic stories the way I write any fiction. I use the building blocks of literature to craft and develop tales which seek for more than just to lube a reader up. My stories aren’t about sex. They feature sex, yes, and prominently—that’s the nature of erotica—but they are always about something more: love, relationships, self-discovery.

So much of my writing career has been overshadowed by the few erotic stories I have published. Often times, this has caused me to ask myself why I didn’t publish my erotica under a pen name like so many authors do. There were two reasons for that. The first reason was that I didn’t want my first major publication to have a fabricated name on it; a name I didn’t identify with. The second reason was that when I was in college I wrote a sex column for the campus newspaper. When it was pitched, I had wanted to write the column under a pen name, but my adviser would not agree to that. She felt that I should stand behind my work, not hide behind a faux name. And while that ideal is questionable at times, it stuck with me. As a writer, I have always wanted the freedom to write what I feel I need to write. And if I am going to write something, then it has to be only I that claims ownership of it.

For an emerging writer, the idea of being published in a major publication with international distribution supersedes all thoughts of snobbery from the literary community. And of course, for a new gay writer, opportunities to publish can be limited. At the beginning of my career, journals and anthologies featuring gay writing were starting to diminish. Submission calls for gay literary fiction were scarce. But there was never a shortage of erotica calls to be had. Erotica was my first break into the business, and I was grateful to have that break. I was proud of my achievements and even boasted about them. After all, I was a paid writer who was in demand. But even though I had success, I knew erotica wasn’t where I wanted to stay. I had more to write, other tales to tell.

Get Erotica on kindle, Nook, or iBooks 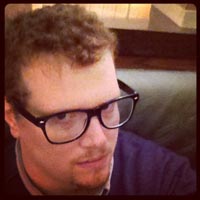 Brian Centrone is the author of the debut novel An Ordinary Boy, the mini ebook collection I Voted for Biddy Schumacher: Mismatched Tales from the mind of Brian Centrone, and four one-act plays produced on stage for the National Endowment for the Arts’ The Big Read program. His short stories and poems have appeared in various anthologies, newspapers, and literary and arts journals. He teaches writing in New York.