You are here: Home / Brandon's Musings / On Writing: Beginning with the End 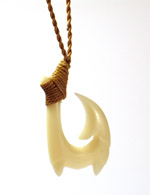 The hook in music is the riff that captures the listener and pulls them into the song, the beat and the experience of the music. It’s what gets you humming the tune days later and what brings listeners back to the artist and the memories they experienced when that particular song was playing. It’s one of the things I love about music.

In writing it’s a little different, but no less important. Creating a hook is built on sentences, one leads to another, and another, and another. From my perspective, it’s more like a maze, the further a writer can get you into the maze, the harder it is for you to get out until you reach the end.

In both of my current books the reader starts out at the end of the story and is drawn into it, or not. They know the ending already, and ultimately the question for me as a writer is: Can I hook them, when they know the outcome, to travel down this road with me?

For the reader the question that (hopefully) arises is Why?

I received many accolades for The Value of Rain, including “Top Read of 2011” and “Best in LGBTQ Fiction for 2011” from Indie book bloggers. But there is one review that has stood out above all for me as a writer. It was a one star review that said simply “A bath of negativity.” I loved it because it was true. The beginning of Rain IS a bath of negativity. It was meant to be. The question for the reader then is Why? Why would a young man loathe his mother so much?  What obstacles could she have placed before him that he would then sit on her deathbed and look forward to her demise? Why is his anger and rage so strong?

For some the answer must be known, (these are my readers); for others, life is already negative enough and they will push it away, no matter its form, negativity is not allowed (not my readers for this book).

In crafting Listening To Dust I did the same. Right from the beginning you are immediately made aware of the fact that Stephen has traveled thousands of miles to recapture the love of his life, only to learn that his love has been murdered for being gay. Again Why? Why is love between two men a travesty worthy of death for some people? What was the relationship between the two that drove Stephen to travel all those miles to begin with? Why did they ever separate? Why is he talking to this big addled oaf in front of him?

These self imposed questions are the literary equivalent of the musical hook. Why?

As a writer, structuring the story like this makes my job harder. Now that you know the end I must craft something worthy of pulling you through the pages; it must be something that will keep you awake; make you want to stay up past your bedtime; make you feel what the characters feel. And, you must want to know. As one of my readers recently told me that she was surprised that she was “invested in Stephen and Dustin” and that even though she knew the end, she still cried.

As I told her, I consider that investment an investment in humanity, in love, and ultimately, in the realization of the foolishness of trying to regulate or stop love.

But, as a writer, there’s a sneaky side to it too. Such an investment on the reader’s part allows me to explore that person a bit more. I write, rip your heart out, stomp on it a few times, then hand it back to you and see what you do. Do you cry? Do you suddenly find a new impetus to take action against those that would take action against love? Or, do you sip your latte, wipe the tears away and go about your business, letting the memories seep into you as you think on it a few days later?

So really, it’s all about me studying you, the reader…

And here, for those of you still unsure about the importance of making the reader ask the question, is one of the ultimate musical hooks about Why?  (And one of my favorites of all time.)