You are here: Home / Gay Fiction / New LGBT SciFi – Willem of the Tafel

First of all, before I even get started, I need to say thanks to Brandon. As I was typing the name of this document to make sure it got saved properly, my Mac reminded me gently that I already had a “Blog post for Brandon Shire” in my folder. Curiosity kills the cat, so I looked and yes, back in July 2013, just days after I had published my first two novels, Brandon had me on his blog, giving me a chance to talk about them.

This is my third appearance, I kind of missed out on “The Fallen Angels of Karnataka”, but it’s like coming home, and I’m very grateful for the opportunity. Brandon is one of the first authors I got to know on Twitter after reading one of his books, and we’ve been “at it” ever since, and even though his face still eludes me, I consider him one of my author friends, a tight-knit community for sure. So here is a virtual hug and a HOORAY for having me on his blog yet again! 🙂 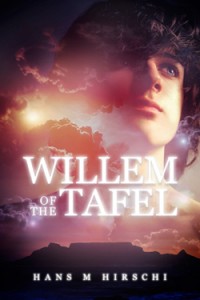 Today is the release day of my fifth novel. So much has changed since I first wrote “Family Ties” back in January 2013. The sensation of putting down the pen on your first book is obviously a feeling you’ll only ever have once, and it’s an emotion that stays with us for the rest of our lives. Mixed into the accomplishment are fears of “what next?”, “Is this worthy of being published?”, “Is it any good?” and “can I do this again?” I seriously doubt that I have all the answers to those questions. Apparently, my work was good enough, judging by the reviews, I managed to get the book published, and – since today marks my fifth novel – I was able to do it again.

Yet doubt still lingers and there is this voice inside my head “in time, there will be this really awful review, revealing you for the failure you truly are…” and when I was done with Willem of the Tafel, I was convinced – for about a month – that my creative streak was over. I had left the zone. Since then, I’ve written several short stories, and the fifth one I’m writing on right now has the potential to grow into a full-fledged novel. No jinxing though… twee, twee, twee!

“Willem of the Tafel” was born from the crazy idea to write dystopian science-fiction. What was I thinking? Turns out that my idea of dystopia really is a utopia… Yeah, a day inside the day of Hans. You’d be surprised! It is really the premise of the novel which is dystopian, based on a world where we fail to address global warming and the overuse of natural resources, a world where rising ocean levels put hundreds of millions of people on the move, with all that entails, leading to an all out global war, reducing in most of the planet being turned to rubble. Just look at how already the Mediterranean is becoming a death trap for refugees from Africa. Now consider hundreds of millions of Indians & Bangladeshi from the low-lying coastal regions migrating north… It’s a pretty frightening concept.

When we meet Willem, it’s five centuries into the future, and Willem is born into a society that has sought refuge inside the Table mountain in Cape Town, where they have lived, protected from the impact of radiation poisoning and fallout clouds ever since the “Great War” four hundred years earlier. What the people of the Tafel do not know is what the surface looks like because they haven’t been out there to look, afraid of certain death.

Inside the mountain, there are tensions between the three branches of science, and tensions between the two main ethnic groups, where Willem, a ghost, is the last member to have been born alive. After a lethal accident of a work colleague, he’s framed for murder and exiled to the surface, to certain death. Only to discover that the surface has recovered and that the people of the Tafel may not be the sole survivors…

In Willem of the Tafel, I’ve tried to look at some of the pressing questions of our time, things like racism (plenty of challenges there, from Baltimore to Ferguson and around the globe), technology and the impact of how we overuse natural resources on our planet’s ecosystems, framed by a story of survival, second chances, hope and undying love.

I’m proud of this latest book, and I would love to invite you to have a look at it and my other novels. Brandon’s asked me to be “upbeat” in my post (since apparently he’s a sucker for misery himself), so let me end with this promise: in my books, I might take you to hell, but I promise to bring you back safely! Or – as my publisher likes to say – I’m the Queen of unconventional happy endings…

Willem of the Tafel is available from my website, my publisher, Amazon , as well as select retailers and bookstores. 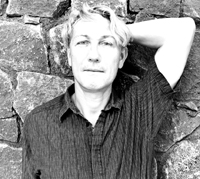 Hans M. Hirschi has been writing stories since childhood. As an adult, the demands of corporate
life put an end to his fiction for more than twenty years. A global executive in training, he has
traveled the world and published several nonfiction titles as well as three well-received novels.
The birth of his son provided him with the opportunity to rekindle his love of creative writing, where he expresses his deep passion for a better world through love and tolerance. Hans lives with his husband and son on a small island of the coast of Sweden.