You are here: Home / Brandon's Musings / Music in the Writing Process 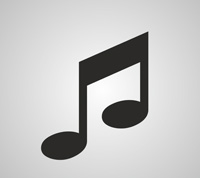 It’s always been my practice to have music playing while I write, but then again, there is always music playing in my home so that shouldn’t seem odd. For me, the written word, like a musical score, has a certain syncopation to it, a vibratory tone that underscores what you read as you read it.

Often my writing is described as lyrical, and this is something I (unknowingly) have striven for over the years as I put words down. The writing always had to not only sound right, but feel right too, and that feeling wasn’t just from word choice but from sentence & paragraph structure which lent itself to a vibratory undertone.

In a recent interview with Lichen Craig I said it like this: Writing, like music, has a meter; when we find the pulse of it we are better able to connect with the reader. That pulse is different for a romantic scene than it is for say… a horrific scene. With Rain, right from the very first, the book throws off anger in both its prose and in its meter. It’s not just the words that are angry, but the syncopation that subliminally disturbs. This is usually why I get such immediate feedback from new readers; they will either love it or hate it as it connects or repulses them.

I did a little investigation into this recently and found that it isn’t just something I came up with. (Not that smart by far.) Educators use music in schools. Research proves that music increases communicative and reasoning skills. The subliminally aural aspect of music’s effect can be seen from what is known as the ‘Mozart Effect,’ a term coined by Rauscher, Shaw and Ky in 1993.

According to author A.J. Humpage, the right music can do the following for writers:

I honestly must admit that these are right on point with what I have tried to do with my own writing. (So kudos to you A.J.)

One of my reviewers seems to agree with me on this. When I got the review back on my 2nd novel, Listening to Dust, I noted a small annotation on the bottom and was informed that this was the song that the novel had evoked while reading. That fascinated me, particularly since I had used a song from another artist to create the emotional link for myself. But what it also reaffirmed (for me) was that the cognitive link between the written word and the musical one are not far apart at all; in fact they are fused in our brain, in the way we speak, in the way we communicate, and in the way we write.