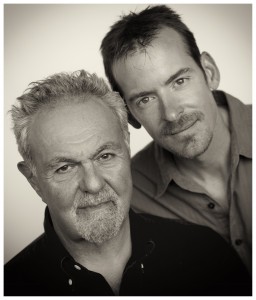 Four years earlier, in 1891, Wilde had fallen in love and begun a relationship with the 22-year-old Lord Alfred Douglas, nicknamed “Bosie”. Wilde was 38. The two of them were discrete, mostly—remember that in England at the time homosexuality was a criminal offense—but Wilde was a flamboyant celebrity whose private life was under constant scrutiny.

Eventually, Bosie’s father, John Douglas, the Marquess of Queensberry, demanded that his son stop seeing Wilde. Bosie would not give in to his father, even when the Marquess disowned him. Enraged, the elder Douglas accused Wilde of being “a Sodomite”—not just an idle rant, but, under the circumstances, an allegation that carried grave legal consequences. Wilde appeared to have no alternative than to deny the charge with a suit of libel against the Marquess. Douglas was arrested and brought to trial. 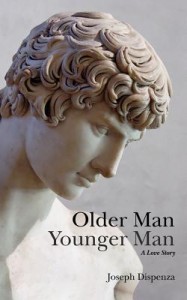 The trial, the most entertaining show in town—almost as entertaining as Wilde’s “The Importance of Being Earnest,” which was playing across town to packed houses — ended badly for Wilde. After the testimony of the Marquess, who appealed to the jury as a loving father who was trying to keep his young son from the clutches of an older man bent on “gross indecency” (the punishable crime), Wilde’s case seemed lost. And indeed it was. Wilde was arrested and himself brought to trial.

At the first of the trials, Wilde was asked to explain a line from poem written by the young Lord Douglas, Bosie. It was the last line of “Two Loves”: “I am the Love that dare not speak its name.” From the context, it was clearly a poetic message from Bosie about the fulfilling love he shared with Wilde.

This is the exchange between the Prosecutor, Charles Gill, and Wilde.

Gill: There is no question as to what [the poem] means?
Wilde: Most certainly not.
Gill: Is it not clear that the love described relates to natural love and unnatural love?
Wilde: No.
Gill: What is the “Love that dare not speak its name”?
Wilde: “The Love that dare not speak its name” in this century is such a great affection of an elder for a younger man as there was between David and Jonathan, such as Plato made the very basis of his philosophy, and such as you find in the sonnets of Michelangelo and Shakespeare. It is that deep, spiritual affection that is as pure as it is perfect….There is nothing unnatural about it. It is intellectual, and it repeatedly exists between an elder and a younger man, when the elder man has intellect, and the younger man has all the joy, hope and glamour of life before him….The world mocks at it and sometimes puts one in the pillory for it.

The court record notes that this statement, completely impromptu, was met with “loud applause, mingled with some hisses.”

So, “the love” in question is not simply same-sex love, but older/younger love. Although sexual attitudes have changed radically since Wilde’s time, age-gap in relationship still hovers on the edge of acceptance in our society, even more so, perhaps, when it comes to same-sex couples. Even within the gay community, partners many years apart are frowned upon. It may be the last prejudice against gay relationship waiting to leave the cultural closet.

But love between partners of different ages—sometimes vastly different ages—is far from “unnatural” and has, as Wilde noted, a long and noble tradition. Let’s hope that in our day we will begin to see a wider acceptance of age-gap love between adults who just happen to be many years apart. There is no good reason why that love cannot be the love that boldly speaks its name.

Joseph Dispenza is the author of “Older Man Younger Man: A Love Story,” a memoir of the first ten years of his relationship with a man thirty years his junior.