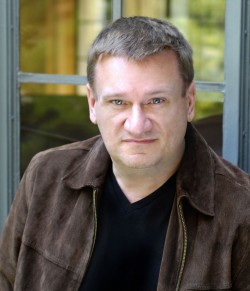 I’m talking with Gregory G. Allen today. He’s an author, actor, director, and producer. Let’s just put it this way, the only thing he doesn’t have yet is a Booker Prize or a Pulitzer. He’s got four great books out all of which are doing amazingly well (and in multiple genres) and he still has much more to come.

G: We were heavy into this conversation for sure and I appreciate you having me to your site to continue it. I wrestle with this all the time. The need to say ‘gay fiction’. Isn’t it simply fiction? If your book has a gay character it automatically gets put in the shelves with the erotic books. I’m not saying there is anything wrong with gay sex in books. People like to read about sex (just look at how well 50 Shades of Grey has done). But I also think there is a place for books (like what you write) that deal with thought-provoking themes that make readers question and feel something with their brain and not just somewhere else. 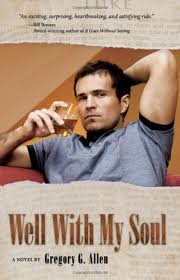 B: Let me step back a little here and go to one of your older books. Well with My Soul. This was your debut novel and hit pretty hard on HIV and homophobia in the form of self hatred. What really caught my attention was that major publishers weren’t interested because it was “depressing” and thus not viable. Is happiness a prerequisite for successful gay fiction? Is it only the HEA books that serious gay readers are willing to read anymore? (If so I am sure in the wrong boat.) I guess my real question here is have gay readers now become so escapist that they don’t want serious gay lit or gay fiction that covers hard topics?

G: It was off-putting when I would hear a publisher praise my book, but then say “but it won’t sell in today’s economy because it is depressing”. I suppose that’s what traditional publishers HAVE to think about. The almighty dollar. (Luckily, Indie pubs can take more of a risk.) Again, I’m not taking away the place that M/M erotica plays in the gay market. It’s a huge money maker and sometimes people want to be swept away in a romance and not think about anything. But for those authors who want to write “literary fiction’ that deals with gay characters, there should be a welcoming place for them to put their books. (I actually moved my debut novel from GLBT to Lit Fiction/Family Saga on Amazon as so many people were relating to the brother/brother storyline.) But to answer your question on gay readers – I think we are finding there are readers for both ‘genres’ of gay fiction. You go to a buffet: sometimes you want the prime rib and sometimes you want the chicken. We shouldn’t be told we have to eat the same thing all the time.

B: I wonder, with reference to the last question, if this is why we see so little gay fiction from other countries that doesn’t have the white gay privileged feel to it? There’s a massive amount of LGBTQ fiction out there, but the only thing I see with any regularity comes from the US, the UK and Australia. Where is all the LGBTQ fiction from Russia, or the Baltic States, or the Middle East? Or even Asia which has a very long history of gay lit?

G: Well, when you get into geography you have to think in terms of what is happening in each of those countries. I traveled once through the Baltic Sea to Russia and I’ll admit as a gay man I did not feel I could be open in all of those places. Russia passed a bill to stop gay pride events – so I think finding those authors to be brave enough to still write on the subject is a difficult task. But kudos to those that do it. But that brings up another topic of people writing under pen names in order to get out the gay content books they want to publish. That happens in the US as well. If you go through the major names in M/M novels, so many are authors writing under assumed names (and many of those are female). I think whatever it takes to get the fiction written and into the hands of readers that desire is is what people all over the world should do. 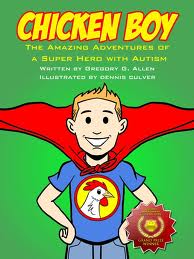 B: Let’s switch gears here. You’ve also got Chicken Boy out, a book that deals with autism. As you know I get pretty heavy into empowering LGBTQ Youth and combatting bullying, but I also see a substantial amount of bullying directed at kids with autism. How does Chicken Boy help autistic kids to overcome that and how does it help the bullies to change their behavior?

G: You do amazing work with the LGBTQ youth and I truly tip my hat to you. I too see children with autism are bullied. Part of what I wanted to do with this book was a simple message: “Don’t fear someone that is different from you.” That’s what the entire book is about. It’s told through the voice of the child saying “this is who I am, this is what I do – take time to get to know me instead of thinking of my ticks and sounds I make that may seem odd”. I never knew I would become such an advocate for autism. It is personal to me because of my godson (that Chicken Boy is based on), but now it is much larger than that and I go to schools and places talking about autism awareness by using the book. Even if I’m not selling a copy while there, that is fine. I just want to make more children are aware of kids that do have autism.

B: Well Greg, I certainly thank you for stopping by. What can we look forward to in the near future?

G: It’s wild, I’m celebrating my first year out in the publishing world this month and when I look back on it all – it is crazy that I had 4 different types of books published during that time. I never thought that would have been possible. So for now, I’m continuing to talk about those books and perhaps by 2013 my next book will be out that still addresses adversity and diversity: this time with a biracial female teacher living in the south in the early 60s and her fight to break through that color barrier to teach in an integrated school.

B: I can see that will definitely be on my ‘To Be Read’ list. Thanks again, Greg. Next week we flip the coin and talk with  author Nephylim about genre labels, boxes and books.