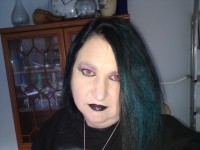 Today I’m talking with Cheryl Headford who writes under the pen name Nephylim, an author and practicing attorney in South Wales about sex, bias, boxes and books. What couldn’t be great about all that?

B: Let me ask you first for those not familiar with your work what your pen name means and how you came to it?

N: The Nephylim were the children of men (metaphorically speaking of course) and angels. They are mentioned at various times and in various ways in the Bible and other mythologies. The Bible doesn’t like them, describing them as monsters and seeking to wipe them out. Other mythologies, such as Sumerian and Egyptian are kinder.

In a nutshell… Angels came to earth, fell in love with women, had children and made families. The powers that be (call it God if you have to) decided they didn’t like the fact that humanity was being taught ‘secrets’ and put their foot down demanding the angels turn their back on their human families. When they refused, they were punished horribly.

The fathers became fallen angels and the children Nephylim. It’s an emotive name that means different things to different people. To me it means… a lot.

B: We’ve been talking a little behind the scenes about boxes and labels. Neither of us is a big fan, but frankly I don’t know any author that is. In our conversation you said that you felt M/M fiction was looked down on by mainstream media and by some in the LGBT community. Why is that, and do think that attitude is changing with something like 50 Shades making such massive sales records? 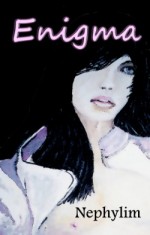 I’m not denying that some of the stuff out there is pure erotica, quite deliberately so and quite legitimately so. I’ve written erotica myself and it is fun… and as 50 Shades of Grey has proven, sex sells.

I’ve no problem with erotica, what I have a problem with is that all M/M books are lumped together under that umbrella. I’ve found, since entering this world that there is and always has been a lot of weighty stuff. Great stories, fabulous characters and a quality of writing to rival anything in the mainstream. So why isn’t it found on bookshelves, in school libraries, turned into Hollywood movies— all over the place? Because it’s looked down on. It’s considered second class and I think we have, to some extent, ourselves to blame. By allowing ourselves to be labeled as second class we give permission to be.

I think every young person, gay or straight, black or white, able bodied or disabled, or bearing whatever label society applies to them or they wish to apply to themselves, should be able to walk into a book store or watch a television program and find people who are just like them, who prove to them they’re not some kind of freak or outcast but that there are others out there who are making stories and finding happy endings.

By allowing ourselves to be labeled with second class citizenship we’re letting down every single one of them.

B: I have to be honest here, when I think M/M I think gay erotica. Some of it may be more cerebral than others, but for the most part I think sex. My two current books are not in what I would consider the M/M genre, yet that was the first thing they were labeled as, even after we started specifically marketing them ‘gay fiction.’ I don’t have happy endings or lots of gratuitous sex and I’ve had readers stumble on the books, see the M/M label applied by other readers, and leave unhappy because the book was so vastly different from what they expected. How do you think as authors we can educate or overcome this so readers are finding the type of material they want? Is there a solution or will it always be ‘target marketing’? 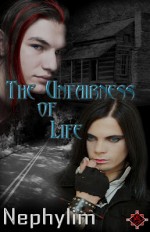 For me it’s all about the story. If the story is one that needs a sex scene for whatever reason then it has one, but it’s not about the sex, it’s about the characters and the story. Well, hot damn, will you look at that… it’s about EXACTLY the same things as M/F or straight fiction. The ONLY difference is the sexual orientation of the characters and why the hell should that make a difference to anyone at all? Hmm… I wonder.

I really don’t know what the answer is, other than lobbying mainstream publishers and book stores, starting campaigns and causing a revolution. Maybe that’s not a bad idea. At least by lighting a spark I’m hoping people, part of the LGBT community or not, THINK about how they label their work and what labels they look for in their reading material, as well as their expectations. Maybe even ask questions and make their views known.

B: I see from your bio that you are looking to fill in some pretty big shoes. You want to be the next J.K. Rowling of gay lit. That’s a huge goal, especially now that she’s moving with her market and exploring adult lit. Tell me about the inspiration behind that statement and what you hope to accomplish with your writing.

N: Goal? Ri….ght. The inspiration behind that particular statement was my tongue being wedged firmly in my cheek. As if. No, but I do have a serious vision, exactly as I said previously. I would love to have a world where a gay teen can walk into any bookshop or library, even the one at their school, and find a book with gay characters, and not just peripheral ones. Okay, the majority of my books wouldn’t make it to a school library at the moment, but that’s because I’ve been writing to expectation. I have a number that have their heads up and sniffing the light of day where sex really doesn’t raise its ugly head at all. The sad fact is that, at the moment, they’re simply not going to sell.

B: Your books, even though they’re labeled M/M, are filled with more romance and adventure than they are with gay sex and erotica. With your move towards more fiction for gay teens do you think you’ll find more satisfaction for yourself with writing for the LGBT YA crowd verses the M/M crowd?

N: Again, I’m confused by the labels. All my books are YA in a sense, because all my characters tend to be in their late teens or early twenties. Why? Because that’s where my mind is firmly lodged. How can I write about grown ups when I’ve never grown up? I don’t know how grown up minds work.

I have one book out there for consideration by a YA publisher and I have another pure adventure, with no sex at all, waiting in the wings.

My main satisfaction is in knowing that people read and enjoy my books. That’s all I really want from my writing. In a way this isn’t about writing at all, and it isn’t even about me, it’s something much bigger than that. I really, truly believe that we can reach a place where the mainstream is doing more than playing lip service to equality. My mission statement and ultimate goal is what I’ve already said above… that a young LGBT person can go into a book store or turn on a television and find people just like themselves. Gay people finding love and adventure in a world that doesn’t have to be all about sex. I want to see the labels diminished if not done away with altogether. I want to be able to say… it really doesn’t make a difference what gender or sexual orientation the characters have.

It’s a pipe dream maybe but it’s a real passion for me and something I’m prepared to stand up and shout about.

B: You’ve got a new book coming out on August 11th I think you said. Tell us a little about it.

N: Yes, The Runaway. The inspiration is an old Celtic fairytale. (See the prologue.) In essence, the moral of the tale is that it’s better to live life free and have to 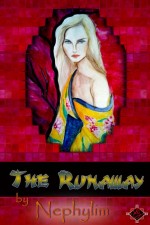 struggle than to want for nothing but be without freedom.

This was kind of mulling around in my head for a while then a friend of mine started an art project—to draw / paint one subject for a year, to see among other things, how her art developed.  She chose an androgynous male supermodel and started sending me photographs and increasingly amazing pieces of art. (See the work at Mandartania)

The Runaway is a fairytale, a romance, has a lot of humor, and yes, there are one or two sex scenes. But that is definitely not what the book is about.

In The Runaway, Ciarrai, the main character, doesn’t wait for a prince charming to rescue him but takes his fate into his own hands and runs away, choosing to live a simple life in a cabin by a lake in North Wales.

Here, he meets Jack, a man left without a memory after the car accident that killed his parents. They develop a friendship after ‘whirlwind Ciarrai’ hits Jack like a tornado. Gradually they get closer and closer… until the past catches up and whips Ciarrai away again.

B: Sounds like yet another book to add to my lengthy TBR list. Thanks for stopping by. Next week on the blog it’s Coffey Brown Talking about her debut YA LGBT book BrookLyn’s Journey.

You can find Nephylim on her website, Twitter, Goodreads and find her books on  Smashwords, All Romance Ebooks and at Romance First Publishing.